Apparently it's only a matter of time before one of the five members of One Direction come out as gay. Well, that's what *NSync member Lance Bass has implied in a recent interview discussing his time in the successful boy band. On the back of this, Paddy Power has decided to place odds on which member is most likely to come out - and the public aren't impressed.

Former *NSync singer Lance Bass has claimed that "statistically" one member of One Direction is "probably" gay.

Never one to miss an opportunity to make money off a statistic, betting giants Paddy Power have placed odds on which of the singing fivesome it will be.

But there have been mixed reactions on Twitter to what Paddy Power describes as a "novelty bet".

Celebrity journalist Dan Wootton posted: "How tasteless. Bookies Paddy Power are offering odds on which member of One Direction will come out first."

His post has been retweeted a number of times, while another user reacted to the betting site's press release.

He said: "Ugh. Poor-taste @paddypower press release opening bets on which member of @onedirection will come out first: 'Who swings in Two Directions?'"

Just heard @paddypower are offering odds on which member of One Direction will come out first! How awful! ? Niall definately Niall.

To clarify, Lance Bass's original point was regarding how difficult it is to come out when working in an industry like pop.

The 33-year-old - who came out as gay himself in 2006 - told reporter Dave Rubin: "Well, statistically speaking, one probably is. It’s crazy with a market like that because 100% is young women.

"And they fantasize about these guys, and then you have the record label and everyone grooming you to make sure that you don’t even mention you have a girlfriend. So screw the fact that you’re gonna come out as being gay."

"It ruins their whole business plan."

Lance has since blasted the media for misrepresenting him and said: "Just for the record , I never said a member of 1D was gay. Listen to the interview before you start believing fake headlines."

Most 1D fans seem entirely unfazed by the claims and Paddy Power's choice to place odds on the "first to come out as gay before the age of 30".

According to the Irish betting agents, the member most likely to reveal himself as gay is Louis Tomlinson, with odds of 10/1. But this seems quite ridiculous, as Louis is loved-up with long-term girlfriend Eleanor Calder.

Ladies’ man Harry Styles is by far the outside choice with a whopping 50/1. 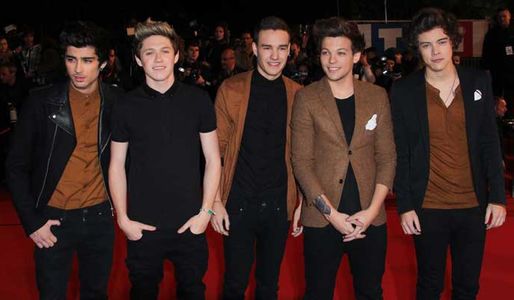