Sarah Harding has shared her side of the story and it sounds like Nadine Coyle's angry tweet was as surprising to the rest of the group as it was to us. Sarah puts to rest any feud rumours but does admit that after weeks in each other's pockets she felt "suffocated" by the band.

Sarah Harding has spoken out about claims made by Nadine Coyle that she never wanted Girls Aloud to split.

​The band announced their decision to part ways last week, after which Nadine took to Twitter to express her apparent wish to keep going as a group.
​
​She said: "You should know by now I had no part in any of this split business. I couldn't stop them. I had the best time & want to keep going."

​This sparked a number of rumours that certain girls were to blame for the band breaking up, with fans specifically targetting Cheryl Cole.

​Sarah also revealed that Nadine's post came as a surprise to her as she had given no impression that the Irish star wanted to carry on as a group.

​She told Look magazine: "At no point did she try and stop us, so you’d have to ask her why she did that. I have to respect her decision.

​There have been rumours of rifts within Girls Aloud for years, especially after Nadine made the move to LA and seemed to separate herself from the other members of the group.

​Addressing these claims, Sarah said: "No, that’s never happened. We all went to Manchester and had the after-party with our friends and family. Then we kind of hugged it out and just danced.

​"Of course it worries me there are reports of fallouts between us, because it’s upsetting to our fans. We wouldn’t be where we are now without their loyalty."

​Despite these assurances that the girls all get along great, Sarah also admitted that after two months of touring she had started to feel "suffocated".

​She admitted: "It’s like being sisters - after a while you feel a little bit suffocated....

​"It was so nostalgic all being back together and it was good, but it did feel like the right time. We can’t go on forever."

​Following the end of Girls Aloud, Sarah is planning on follow in Cheryl's footsteps and is launching her own solo career.

​She admitted: "Oh my God. I’m frightened of being up there on my own!

"​I can’t even fathom the idea of it yet. Don’t get me wrong, when I was younger I’d get up and do a few numbers in a pub gig, but that’s very different to Wembley Arena." 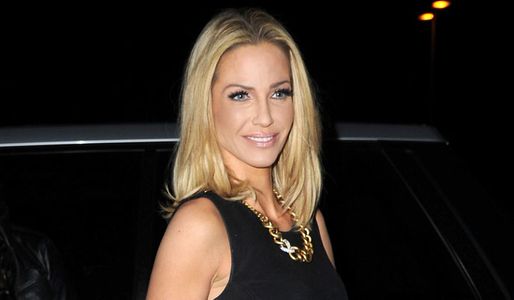