It's the first of the brand new Knockout Rounds on tonight's episode of singing competition The Voice. We start off with Team Will vs Team Tom, followed up with Danny against Jessie tomorrow. Take a look at the talent that's up on stage this weekend.

It's the Knockout Rounds of The Voice this weekend and there's a serious battle going on for those final spots.

This time the artists themselves are taking control.

Each one will choose one song they think will impress their mentor and earn them a place in the Live Shows.

All the acts are desperate to make it to the next round and, in a dramatic twist, there will be a lucky few who make it through without even needing to perform!

Tom Jones, Will.i.am, Jessie J, and Danny O’Donoghue all have a Fast Pass they can award to one of their acts, putting them straight through to the next stage.

The remaining artists are left to battle it out in groups of three.

After an epic sing-off, one from each group will be chosen to advance to the live finals.

The challenge is made even harder by the fact none of the performers know who will be in their group before hitting the stage - with no time to prepare they just have to give it everything they've got.

With tensions running high, and dreams dashed, the earlier Fast Pass winners will then take to the stage to perform their chosen song and prove themselves worthy of their place.

Watch Team Tom vs Team Will tonight at ​8:30pm and Team Jessie vs Team Danny tomorrow at 7:15pm on BBC One. 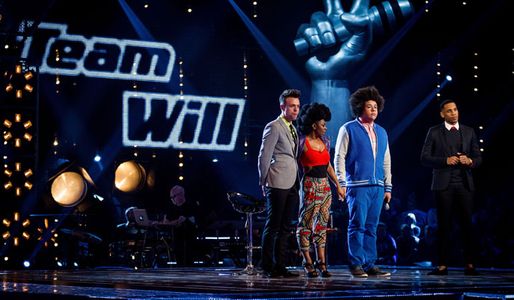 Series 3 of The Voice is coming! To apply go to www.bbc.co.uk/thevoiceuk.

by the editorial team
+
All the news about Danny O'Donoghue