The new instalment of the Hunger Games series, Catching Fire, premiered at the MTV Movie Awards 2013 last night. And it seems fans were left impressed by the 2:26 clip, which showed Katniss Everdeen may not be safe...

Hunger Games: Catching Fire is the follow-up to the hugely successful Hunger Games movie, based on the novel by Suzanne Collins.

It stars Jennifer Lawrence, Josh Hutcherson and Liam Hemsworth and has had fans waiting months in desperation to see the new trailer.

It was the lucky attendees at the MTV awards ceremony - this year hosted by comedienne Rebel Wilson - who got a first glimpse at the new teaser clip.

He tells Head Gamekeeper Plutarch Heavensbee: "She's not who they think she is.

"She just wants to save her skin, simple as that. She has become a beacon of hope for them. She has to be eliminated."

It ends with Katniss held at gunpoint, before revealing the film will be hitting American cinemas in November.

Hunger Games fans seemed impressed by the trailer and are desperate for the movie to hit cinemas. 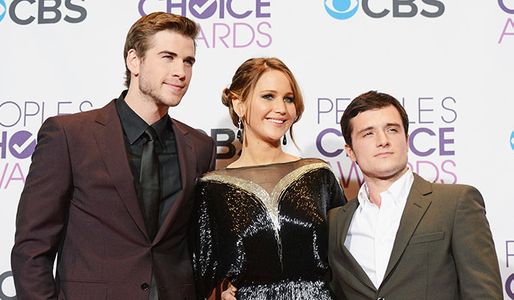