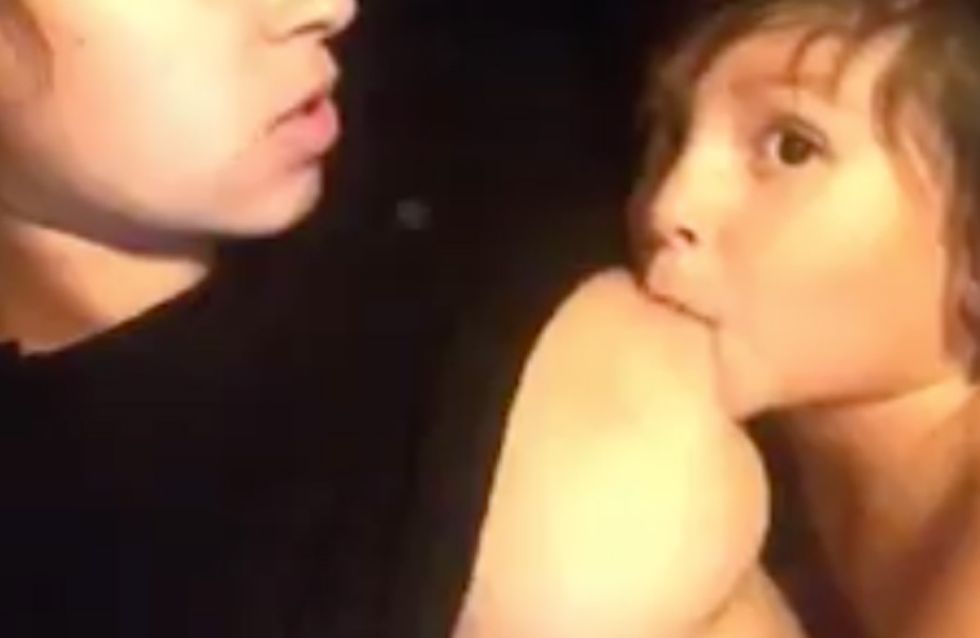 Last week we introduced you to spiritual mother Tasha Maile who firmly believes there's nothing wrong or weird about having sex at the same time as breastfeeding your young children. While there's no denying her multi-tasking magic, we can't say we or many others were convinced to try this out at home with many criticising her parenting techniques. Tasha now finds herself at the centre of a fresh debate after a controversial video showing her breastfeeding her three-year-old son resurfaced.

Tasha Maile doesn't do things by the rulebook, so much so she's defended her decision to have sex while breastfeeding her young children in a handful of YouTube videos on her channel and more recently in an interview with Holly Willoughby and Phillip Schofield on ITV's This Morning - one she conducted while nursing her youngest child.

In the video, the youngster tells his mum and the camera: "It's good to breastfeed and kiss. Yesterday... we is pretending you's my girlfriend and I was your boyfriend and I kissed you." Tasha awkwardly calls his comments "cute" then promptly ends the video but not before the keyboard warriors had a chance to make their opinions known.

Another furious user, raged: "I'm going to send this over to the Philadelphia FBI agents where my uncle works to see if this girl can be investigated because this is just not normal behavior for children that are his age and I'm sure this is more along the lines of a form of pedophilia and somebody should look into this case! It is actually scaring me for this child's well being!"

While many of the comments were of a negative nature, there were some users who jumped to Tasha's defence, with one writing: "There's nothing wrong about it.. it became malicious because the mother is gorgeous..and young..what if she's a 40-year-old mom and not so pretty...would you still care? You are the one who's making it dirty because of your fucked up minds..bitches..."

What do you think of Tasha's son's comment? Is she wrong to breastfeed her three-year-old son? Let us know your thoughts @soFeminineUK

Happy family
by the editorial team

3. Showing the way
by the editorial team