by Emma Goddard Published on 14 February 2015 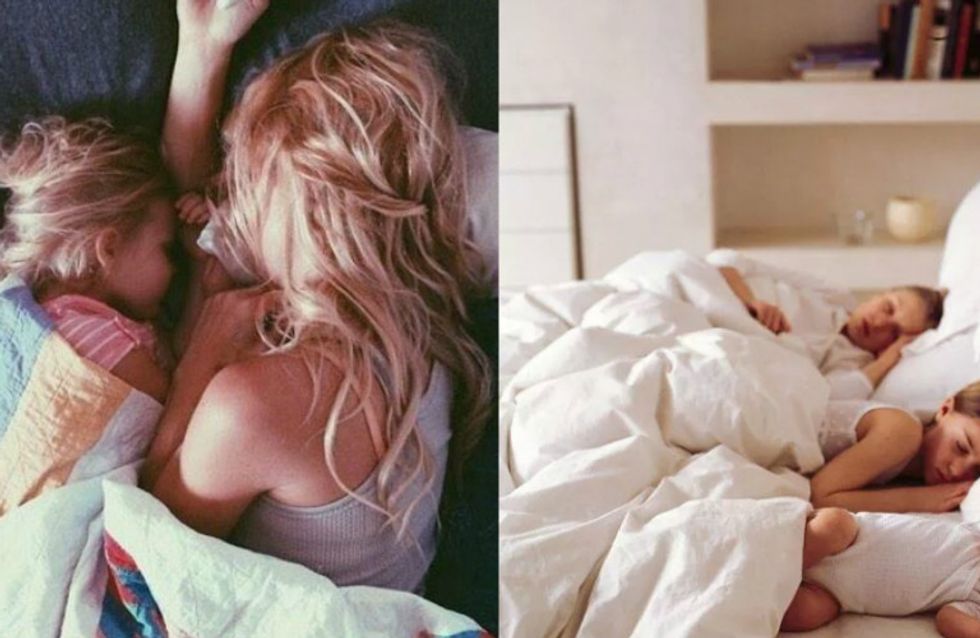 For a first-time parent, the feeling of complete unpreparedness is pretty standard. Checking for monsters under the bed and hoping to God something actually isn't there? Learning the difference between your infant's various cries? It's all a learning process. So it's also natural to be absolutely stunned and not know how to react when your child wets the bed for the first time. Yet before you panic, learn why it is that kids wet the bed and how you can deal with it.

Bed wetting is something that a lot of children go through at one stage or another, but that's not to say it isn't a traumatic phase for all involved. For your child it can involve feelings of shame and lack of control and for you - well, you have a whole new load of washing to deal with. We spoke to some experts to find out why children wet the bed and what you can do to help get your little one through, and over, this difficult habit.

What Is Bed Wetting?

If you want to get technical, there are two medical terms to refer to bed wetting, primary and secondary nocturnal Enuresis.

A child with primary nocturnal enuresis typically hasn't yet reached a time when he or she has been able to make it through the night without wetting the bed, according to Dr. Alvin Moyer, Attending Physician at Elizabeth Seton Pediatric Center. While a child like this may not wet the bed all the time, there has never a point in his or life life when he or she was dry for a long period of time at night. This is the most common form of bedwetting and typically children will outgrow it.

On the other hand, someone with secondary enuresis can be defined as someone who, at an older age, begins wetting the bed again after having been able to sleep dry through the night for years.

"Secondary enuresis is much more likely to have a different cause," Dr. Moyer says. "So a urinary tract infection or somebody being very constipated and the stool's pushing on the bladder, or emotional stress (for example, a child is the victim of emotional, physical, or sexual abuse... and starts wetting the bed again)."

Why Does It Happen?

Typically, bedwetting or nocturnal enuresis runs in the family. However, as inconvenient as it is, it's something that happens to a large number of children and, as something that's developmental, eventually goes away on its own, according to Dr. Moyer.

"The first thing that we tell parents is that our expectations of when children should be dry at night varies across cultures and regions of the country," Dr. Moyer says. "Incidents of kids wetting the bed at night time actually never really goes down to zero, so even up to one to two percent of adults wet the bed. The incident of nocturnal enuresis never goes down to zero, so it is normal for children up until a certain year, and where that age is defined varies from culture to culture, but generally it’s considered somewhere in the five to seven-year range."

​Whether a deep sleeper or not (though it's said that bedwetters typically are deep sleepers), many children who wet the bed do so because their body just doesn't alert them to let them know when their bladder is full.

Who Is More Likely to Wet the Bed?

Although it's more likely for any child between five and seven years old to wet the bed if their parents or relatives were bedwetters, it's even more common for boys to experience nocturnal enuresis than it is for girls.

Similarly, "children ​with developmental delays or other neurological impairments have a higher incidence of bedwetting," according to Dr. Moyer, though it's stressed that bedwetting is not a symptom of such impairments.

"It's really just related to their neurological impairment because you can kind of see bedwetting as an immaturity of the nervous system that allows us to hold our urine," Dr. Moyer says.

For many children, bedwetting can be terribly embarrassing, especially if they're older. The best way you can deal with your child wetting the bed is to reassure them that it's completely normal. Additionally, it's never recommended to punish your child for bedwetting because it's not their fault and isn't a sign of laziness by any means. If anything, punishment will just make your child feel guilty and make them feel even more emotionally unstable.

How to Help Prevent It

Although these aren't all guaranteed ways of getting your child to stop wetting the bed, these tips might help prevent as many incidents:

- Encourage him or her to go to the bathroom as frequently as possible.
- Have your child avoid drinking too many liquids before bedtime.
- Buy a bedwetting alarm. This will help detect urination and will go off to signal when your child is wetting the bed.

"​ A bedwetting alarm is an alarm that detects moisture," Dr. Moyer said. "You put the detector inside or right by their underwear and it goes off when there's moisture. What happens is a little bit of conditioning; the body starts to react to that and it’ll at first be difficult to wake them. Most of the time it’s the parents who wake up to the alarm first but it is important to go and get the child, wake them up, and take them to the bathroom. Little by little they start waking up to the alarm and then little by little their body starts to anticipate the alarm."

Likewise, some children who wet the bed can also receive medication as a temporary solution.

"The other thing we sometimes do for older kids who really have self esteem issues because of it — if they are invited over to social situations — there are medications you can take that can help," Dr. Moyer said. "The most common one is called DDAVP (desmopressin), that’s actually a hormone that’s the antidiuretic hormone. It’s a natural hormone that we produce; what you’re doing is giving them more of it and telling the kid to kind of not work so hard [and] hold on to some of their water."

However, while Dr. Moyer often recommends DDAVP to children who shy away from social gatherings (a sleepover for example) as a result of their bedwetting, he said that the medication doesn't fix the problem and doesn't train the children in any way.​

When It Should Stop

Parents shouldn't be alarmed if their children wet the bed between the ages of five and seven. This is pretty common even if they've already been potty trained. Yet if your child wakes up in the middle of the night because of another accident when they're older than seven years of age, you should probably call a pediatrician.

If your son or daughter doesn't stop wetting the bed after a certain age, or if the bedwetting occurs after a long dry spell, you may want to have him or her diagnosed to make sure they're treated immediately in case it's something serious. Although there's no medical test to determine the cause of bedwetting, a urinalysis can detect whether or not your child has a UTI or kidney disease.

Do you have any tips for bed-wetting prevention? Tweet us @sofeminineUK!

Why Do Kids Bully? What Every Parent Needs to Know