by the editorial team Published on 4 March 2008 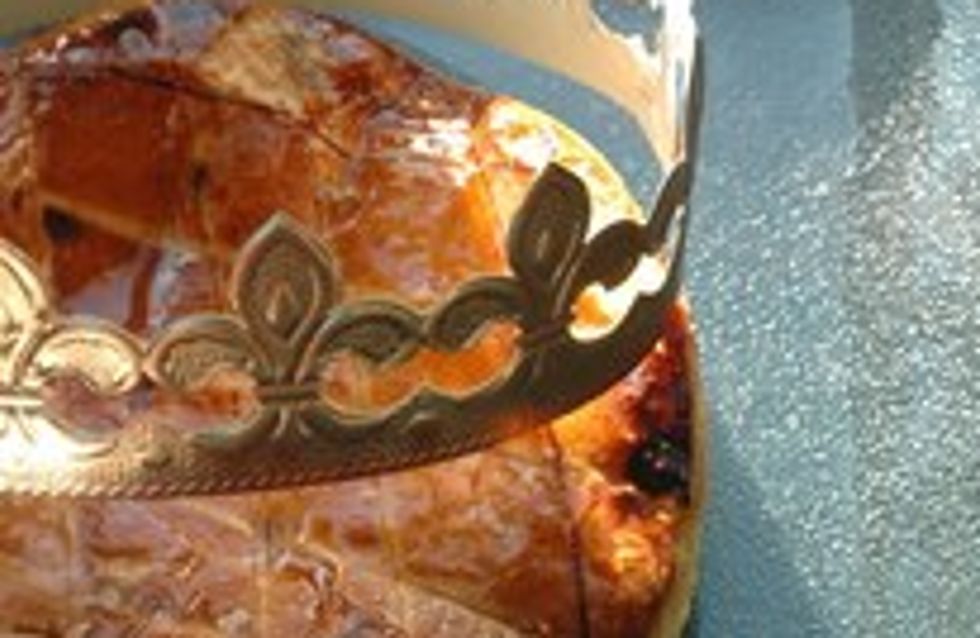 Many are reluctant to try puff pastry because they think it's complicated, takes too long and you need to be a masterchef to do it. Wrong! You do need a bit of time on your hands, but you can always do other things in between stages...and it'll be worth it, so get stuck in!

Many are reluctant to try puff pastry because they think it's complicated, takes too long and you need to be a masterchef to do it. Wrong! You do need a bit of time on your hands, but you can always do other things in between stages...and it'll be worth it, so get stuck in!

What is puff pastry?
Pastry made using flour, butter and water, with the butter added by turning and folding the pastry at each stage to make it layer and puff. The butter is folded in successive layers rather than mixed in; as with shortcrust pastry.

See all our puff pastry recipes.

Dissolve the salt in the water. Mix the flour, salt, water and softened butter by hand or in the bowl of your food processor. Knead, but not excessively, just to mix the ingredients. Roll into a rectangle of around 25 x 40cm, wrap in cling film and refrigerate for at least 2 hours. Meanwhile, soften the 340g butter a little, work into a rectangle of around the same size as the pastry and wrap in cling film.
2 hours later, unwrap the pastry, roll it out a little more at the edges, unwrap the butter and place it in the middle, making sure you have enough edge to fold over the top of the butter. Fold them over and press the edges down lightly, enveloping the butter. Turn 90° and roll the pastry out carefully. Fold three ways to make a single turn, by folding the top half halfway down the pastry (not all the way across) and then folding the bottom half over the top half. Turn it 90° again, roll and fold again. Make 2 marks in the pastry so that you know where you left off, cling film it and refrigerate for another 2 hours.
2 hours later, repeat the folding process, making 4 holes in the pastry, film and refrigerate for another 2 hours.
2 hours later, take out and fold again and refrigerate for another 2 hours.
2 hours later, your pastry is ready to be used!

You can sweeten or flavour your pastry with thyme, chilli, cinnamon, cocao, etc between the 5th and the 6th fold.

Should be creamy and soft, but not melted. The more butter, and the more it is turned, the crunchier and more delicate the pastry will be.

The more you fold and turn it, the more layered the pastry will be. Make dots so you remember where you left off!

What can you use puff pastry to make?Tarts, quiches and pies

Pierce the pastry with a fork and arrange it in a baking dish or tin with the pierced side up (this stops it from rising and forming bubbles).

Seal the sides well using egg white, yolk or water. Brown the tops, but not the sides.

To make the pastry absorb the gravy or juice from the meat (and to stop the pastry from getting soaked), sprinkle the pastry with fine wheat semolina.

To make layered slices (eg vanilla/strawberry slice), cook the pastry at 200°C, with an oven shelf placed right underneath to stop it from rising. Then caramelise by brushing sugary syrup or icing sugar over the top and putting it back in the oven for a few minutes. You'll get a very fine, compact pastry with a crunchy, caramelised texture that produces lots of crumbs!

- Cream cheese puff pastry: use soft cream cheese instead of butter for a healthier, half-risen puff pastry.
- Cholesterol-free puff pastry: use margarine (that doesn't contain hydrogenated fat, if possible!). It won't be quite as tasty, but it is OK for people who have to watch their cholesterol.
- Chocolate croissants and pain au chocolat are made using leavened puff brioche-type pastry made in the same way as puff pastry.