by Rose Adams Published on 5 October 2016 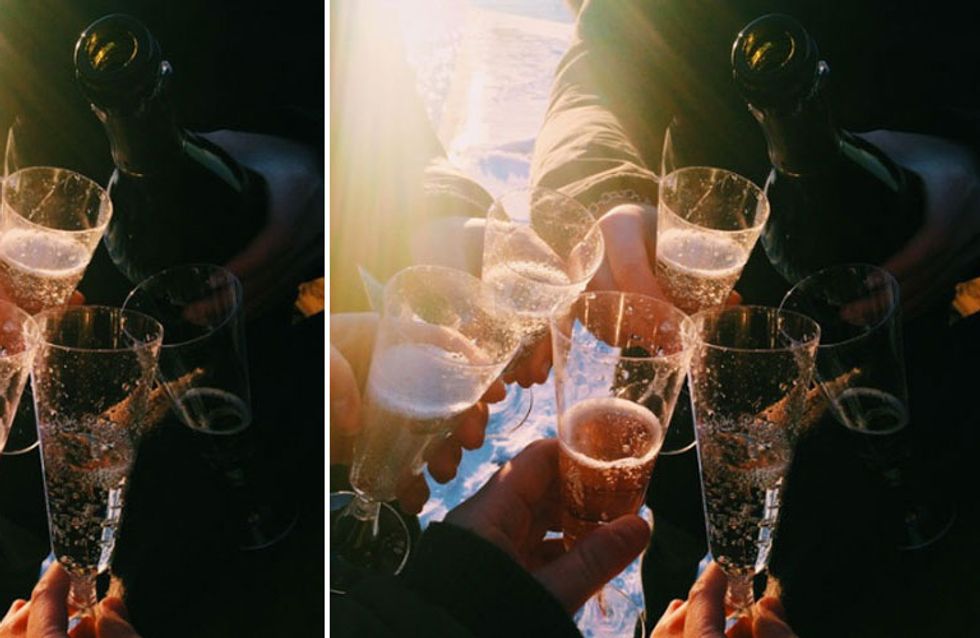 Just when you thought your favourite fizz couldn't get any better, it's only gone and gone (almost) sugar free. That's right people, skinny, kinda healthy prosecco now exists and it's heading to a supermarket near you soon. Glasses (and trollies) at the ready...

Amidst the bubbles and good times, have you ever suddenly felt guilty about how many calories are hidden in your fifth Friday glass of prosecco? No? Well, erm us neither. But just in case you ever do feel like ditching the fizz in favour of something less calorific (on doomed detox attempt no.9999) then hold that thought 'cos almost good-for-you prosecco now exists.

First came skinny champagne and now those booze boffins have invented a 'skinny' version of its cheaper sibling, meaning we can now bask in fizz-fuelled fun without the guilt. Doing just what it says on the tin (or bottle) Skinny Prosecco is the healthier alternative to everyday prosecco and comes courtesy of luxury drink specialists, Thomson & Scott. Containing roughly half the sugar of a standard bottle (7g per litre compared to 15g per litre) it's also organic and is even safe for vegans.

The calorie count per glass of Skinny Prosecco is a mere 68, compared to the 80 kcals in a glass of the standard version - there's (probably) more in your salad dressing.

Sold? Now you'll want to know where to buy it and how kind it'll be to your bank balance. Don't get too excited just yet prosecco princesses 'cos it's currently only available in swanky stores such as Selfridges and Harvey Nichols and it'll cost you 1799 pretty pennies. Granted it's a little more than you'd pay for your usual bottle of bubbles but we'd be lying if we said this is going stop us from investing. Even just to see how different it tastes to the bog-standard stuff.

It'll reportedly be available in supermarkets in early 2017 - which coincides perfectly with our annual New Year vow to be a little healthier without enforcing a booze ban. Cheers to that!

Will you be trying a glass of skinny prosecco? Let us know your thoughts @soFeminineUK

12 Ways To Raise Your Prosecco Game

36 Disney Themed Cocktails For A Happy (Hour) Ever After

25 Cocktails Recipes You Need To Be Sippin' On