by Emmy Griffiths Published on 5 February 2014 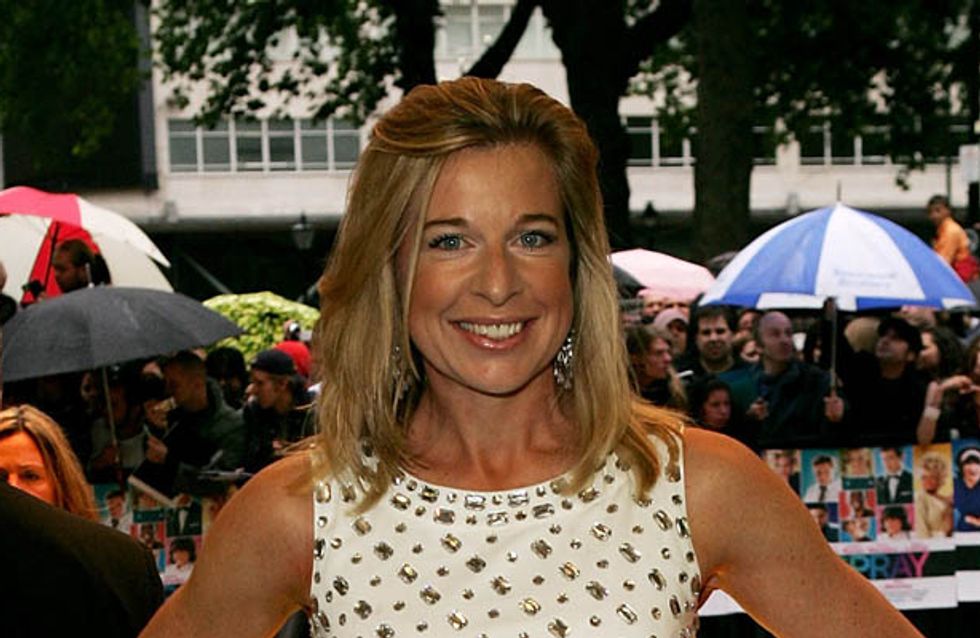 Katie Hopkins has offended celebrities, politicians, the whole of Great Britain in general and most of the western hemisphere with her relentless tirade of controversial opinions on the British class system, obesity, welfare and addiction. Her most recent insults were aimed at a band of celebrities including Lily Allen and Gemma Collins, which resulted in the girls furiously responding to the reality TV show star. But what are the worst things she's ever said… Get ready for the onslaught

“A name for me is a shortcut of working out what class that child comes from, and do I want my child playing with them.”

Katie was extremely vocal about how she limits who her children play with depending on their names, utterly shocking This Morning’s hosts Philip Schofield and Holly Willoughby.

“If you are obese you look lazy”

Katie is extremely unforgiving of anyone who is classed as overweight. Or anyone who isn't size 0 after giving birth. (See further down).

“India isn’t related to a location”

This wasn’t so much terrible as it was stupid. Katie Hopkins claimed she hated names related to geographical locations before it was pointed out that her own daughter was called India, and in response she came up with this gem of a quote.

“I do judge children by their names”

Surely this should speak for itself?! What is her problem? They're children!

“I wouldn’t employ anyone with tattoos”

Yep, she doesn’t like tattoos either, and claims they’re like graffiti rather than an expression of creativity.

Katie was referring to the weight Lily put on during pregnancy, to which Lily swiftly responded on Twitter with this:

“Yes, after tragically losing a child so late into my pregnancy I may have gained a few pound, I am one of many that find comfort in food…The two pregnancies that followed were terrifying because of what had happened before and I was pretty much on bed rest for 20 months.”

“Well done Gemma [Collins] on being fat. You did well.”

Gemma Collins from TOWIE did not react well to this one, tweeting Katie: “you are one UTTER MUG. To think I was so nice to you when I met you, you would love 1% of the love and admiration out there 4 me.”

“Just like Peaches and Jesus, Kelly [Osbourne] has done well due to a famous parent.”

Kelly Osbourne was furious and didn’t keep quiet about it, naturally. Who knows what Jesus has to say about it though? Beware of your judgement day Hopkins, beware.

“Life expectancy in Scotland 07/08 birth is 59/5. Goodness me. That lot will do anything to avoid working until retirement.”

Katie Hopkins tweeted this just hours after a police helicopter crashed into a pub in Glasgow, killing nine people and injuring 32 more. She apologised later for the poor timing, but Katie hasn’t appeared on This Morning since, especially since tens of thousands of viewers signed an online petition to drop her from the show.

“I don’t believe what Russell Brand says about addiction. I just don’t buy it. It’s a behaviour.”

“Ginger babies. Like a baby. Just so much harder to love.”

The Brits love to tease ginger people, but was this a little too far perhaps?

Says the woman who called her daughter India then claimed it wasn’t a geographical location. Sigh.

“Woman in the burka. Step away from the sale rail. The eye makeup department is downstairs.”

We couldn’t believe this one. How does she have the nerve?!

"Everyday Sexism Project: for women to share examples of casual misogyny. Have girls lost their collective sense of humour? The Miller effect"

The Twitter account Everyday Sexism gives women a platform to speak out about their experiences with sexism, harassment and assault and raise awareness. Only Katie could disagree with her own oppression.

“X Factor finalist Sam Bailey - just a fat mum in a jump suit with a caravan of camel toes.”

Can't an average working mum shoot to fame without being horribly criticised? No, according to Katie Hopkins!

“Personally I hate mobility scooters. I find their owners intolerable.”

“Teacher: Today we are making cards for Fathers Day. Daryl, Dwayne, Courtney, Tyler, Kyle, Angel – you can go outside and play.”

We felt nothing but shock at this one. So offensive.

“I don’t think big is beautiful”

At all the terrible things Katie has said, this hardly surprised us, but still. So much for trying to teach people to love themselves for who they are. Great role model Katie, thanks!

Have you heard Katie Hopkins come out with worse? Tweet us @sofeminineUK