by Emmy Griffiths Published on 24 February 2014 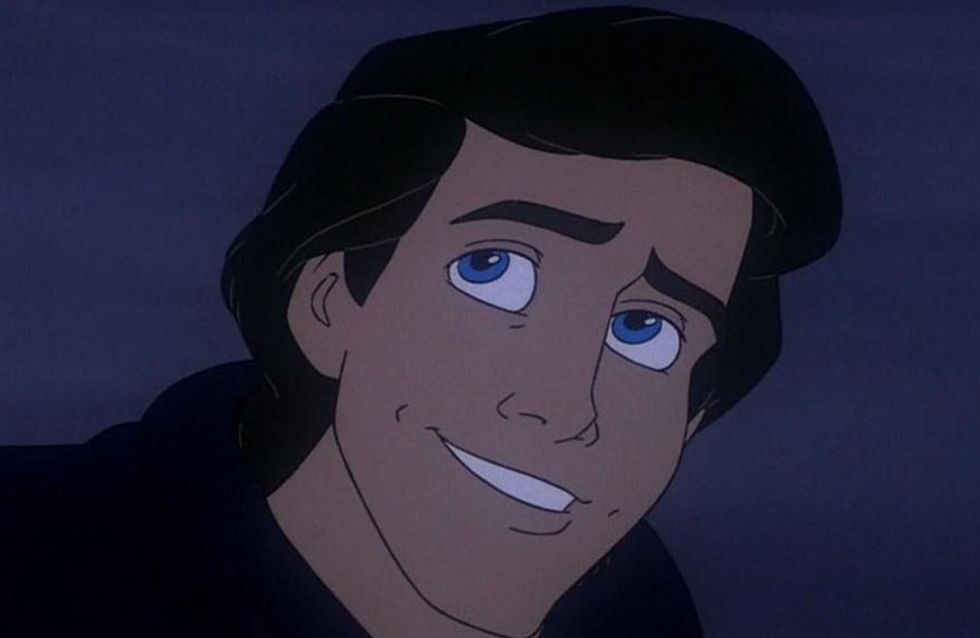 Disney taught us so much when we were young, about friendship, pursuing your dreams, hair maintenance and, most importantly, what you should look for in a hot guy. We could get into a debate about how unhealthy it is to lust over animations, or how sexist a lot of Disney films are. Or we could just reminisce about our five-year-old girl taste in men and revisit our favourite swash-buckling, thigh high boot wearing, in-touch-with-their-sensitive-side men.

Get ready to swoon.

Ariel was right on the mark when she saw Eric once and decided she must marry him. We’re right there with her. Prince Charmings are all nice and good, but Eric was the first of our Disney crushes with a splash of personality (aka he played the flute and had a pet dog).

Eric also dived into the ocean to go and save Ariel…despite being able to last longer than a minute and a half. Thoughtless or heroic? Heroic. Always heroic.

Prince Philip was a cheeky one, wasn’t he? Princess Aurora was just having a bit of fun with her forest critter friends when he joined in and wooed her with the song he had just heard her singing. Like a stalker.

To be fair, he does earn his stripes in the end when he battles Maleficent, wakes Aurora up from her spell etc, etc. He didn’t talk much, but then again he didn’t have to. His little red cap with a feather in it was zany enough to excuse his lack of personality.

3. Phoebus – The Hunchback of Notre Dame

Phoebus was absolute bants. He had a special relationship with his horse, and had nothing but appreciation for Esmeralda’s inherent sassiness. It’s a little harsh that we’re going for the hot one in The Hunchback of Notre Dame and not Quasimodo, but hey, Esmeralda was just as shallow as we are.

Seeing as Tangled came out in 2010, you’d think that, as adults, we could watch it objectively and not swoon over Flynn Rider. Wrong. Everyone loves a rehabilitated criminal, and the more Flynn fell in love with Rapunzel, the more we fell in love with him. Also – dat smolder.

5. Beast – Beauty and the Beast

Yes we know he’s a beast! He turns into a magnificent Prince eventually though, with hair even nicer than Belles. It has to be said though, does anyone think he was kind of sexier when he was hairy?

Just a thought as well – why did everyone call him Beast? Why didn’t he ever say, “just call me Alan”? Belle literally calls him Beast. It’s so mean!

Good God. Did anyone learn what romance was from the scene when John Smith and Pocahontas are left alone in a circle of Grandmother Willows leaves and start making out? You think it’s all going to work out – the music is blaring and we’re just as much in love with John Smith as Pocahontas is and oh my God John’s hair is so coifed but then Kocoum goes and RUINS it out of sheer jealousy. Don’t given get us started on Thomas.

Thank you Disney, for giving us a ginger hotty in a toga who turns out to be a demi-god. What we’d give to be Meg’s lifeless spirit in this clip…

Shang was tough. Shang was a leader and a soldier. Shang had no qualms with dating a girl he once thought was a bloke named Ping. Oh, and he doesn’t think wearing a shirt should be compulsory. Good for him, GREAT for us.

Jane was so into Tarzan. Just look how gently he pulls off her glove. Look at his lovely green eyes. Just LOOK AT HIM.

Kristoff is probably the most flawed of our Disney crushes, and we hear all of his faults in the song Fixer Upper. We enjoy how sarcastic and smelly he is though. He also gets the girl, so there’s that.

WE KNOW HE’S NOT FROM DISNEY. Don’t lecture us. We just couldn’t resist including Dimitri. He so could not be bothered with Anya for most of the time. His hair was so nineties as well. Rocking that curtain Dimitri.

Who was your favourite? We want to know your Disney crush! Tweet us @sofeminineUK