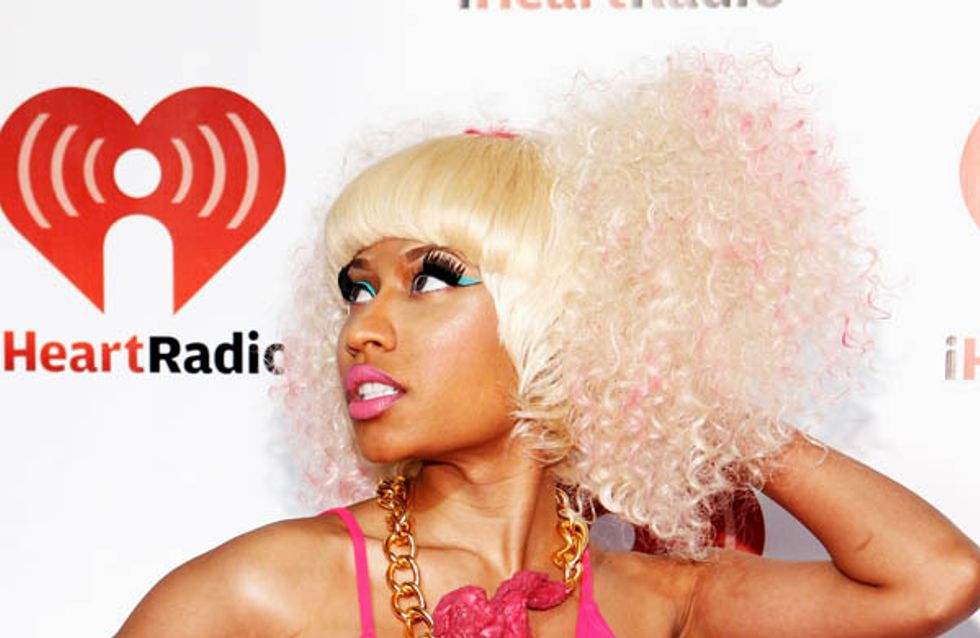 Rap is sort of like poetry. Loud, angry poetry that is performed to a beat. Some of it we love, some of it we hate, though honestly most of the time we can’t work out what anyone’s saying, which is probably for the best, since it looks like a good amount of rappers can't rhyme/do maths/remember elementary science. We’ve come up with our favourite lame lyrics that make little to no sense, enjoy!

"When I was a geisha, he was a samurai/Somehow I understood him when he spoke Thai." - Nicki Minaj

Anyone else get the feeling that Nicki couldn’t for the life of her find something to rhyme with samurai? Geisha's and samurai's are Japanese anyway.

"Always been about them horizontal lines through them 'S's/That's a dollar sign." – Chamillionaire

We think this YouTube fellow Alex Day sums up this entire song perfectly. Did we just break the law listening to this?!

"Are you into astrology, cause um, I'm trying to make it to Uranus." - Kanye West

We think he means Astronomy. Oh Kanye. How did we ever let him become famous?

"You done broke my heart into a million pieces/I should have seen it coming, wish I had telekinesis." – LMFAO

Before they write these lyrics, don’t they think about it?! Don’t they use google?! Why would they have telekinesis?! It makes no sense!

Oh come on Jay-Z! We want to let it slide because we love you, but really?!

It’s okay Jay. Sherlock doesn’t know that the Earth revolves around the sun either. Don’t beat yourself up about it.

“Now I get to watch you leave out the window guess that’s why they call it window pain.” – Eminem

We love this song, but this line was utter rubbish.

"I heard you good with them soft lips / Yeah, you know word of mouth / The square root of 69 is 8 something, right? / Cause I’ve been tryna work it out.” - Drake

“My name is Roman, last name is Zolanski but no relation to Roman Polanski – Nicki Minaj

Who, what? Isn’t your name Nicki? Why Roman Polanski?! Why would you be related to him? We’re so confused?