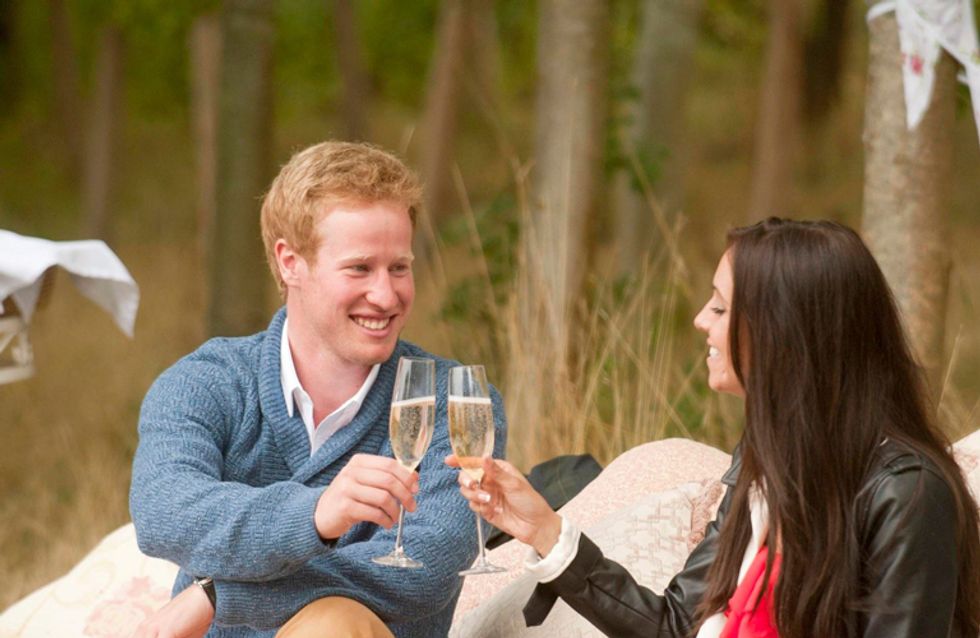 In “WTF?” news of the week, Fox Network revealed that twelve American women traveled to England last summer in a desperate attempt to win the heart of Prince Harry. Except they were actually pining after University of Southampton grad, Matthew Hicks!

Hicks happens to be a Harry lookalike and a damn convincing one at that! TV entrepreneur, Ryan Seacrest, secretly taped the “I Wanna Marry "Harry"!” reality show last summer under his production company. The show tricks twelve hapless women into believing they're courting the real royal! Fox whisked the women to Englefield House in Berkshire where they competed for the faux Prince Harry's attention.

We decided to do some digging to find out more about this "average English bloke," and he's actually quite a catch!

He played field hockey at the University of Southampton

"I’m a natural blonde, so I’m probably the only guy in Britain that chooses to dye his hair ginger." -Soton Tab

October 2013: "Exeter's Matt Hicks could be the answer to all those mysterious sighting[s] of Prince Harry in Topsham. Young Matt, 20, who bears a striking resemblance to the Party prince has already fooled a group of excited girls from the US." - Exeter Express

The real royal is 29 years old!

He couldn't deny the uncanny likeness after traveling outside the UK

"...after graduating, I traveled to Asia and Switzerland, and I’ve never had more attention for looking like Harry than when I did then! I had people stopping me in the streets and having photos on nights out, it was hilarious." -Soton Tab

Can you spot him?

He gets paid to impersonate Prince Harry

"I have been hired for 3 club nights where I have been paid to promote the club by socialising with VIPs (getting paid to go out basically, ideal!). So just the 6 jobs so far, but hopefully there is another TV job in the pipeline… I had an interview on Monday and am waiting to hear back!" -Soton Tab

(We're thinking that interview was probably with Ryan Seacrest's team!)

"Plans future wise… just go with the flow, see where it takes me! Wouldn’t mind taking to the USA and seeing how it goes down over there. But currently I am planning heading to Australia in 2014/15 to pursue a geology career out there. I am very flexible currently!" -Soton Tab

He still has to work a full time job...for now

"Yeah, I am doing Environmental Consultancy in Exeter now, loving it!" -Soton Tab

He might change his mind once the show begins airing!

His parents totally support him

"My parents find it pretty amusing, they think I may as well make the most of it!" - Soton Tab

He knew his world was about to change once he got the TV gig:

Are you dying to watch the show? Do you think Matt looks like Harry? Tweet us @sofeminineUK!