7 Stars Who Support Refugees And Migrants

by Laure Gautherin Published on 8 January 2014 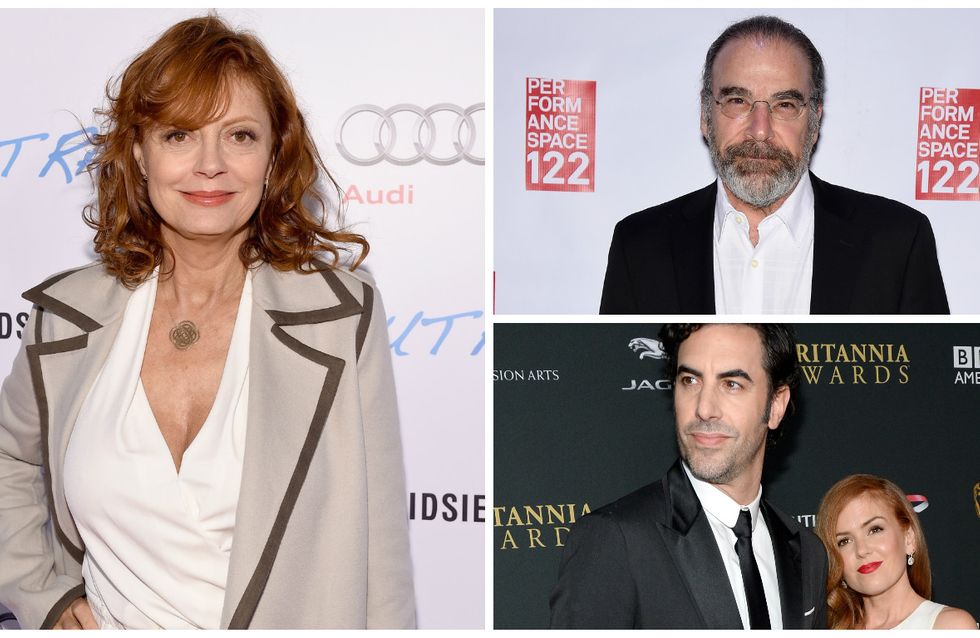 Europe is currently experiencing the largest migration crisis, and many famous personalities have not hesitated to put their celebrity status to good use, serving those who risked their lives to escape the most harrowing of wars. Through texts, donations or direct actions, here are the celebrities who have given a hand to those most in need...

The actress and activist Susan Sarandon visited the Greek island of Lesbos to meet the men, women and children from Syria, Iraq and Afghanistan who had risked their lives at sea aboard makeshift boats to reach Europe, fleeing violence and murderous conflicts that have disrupted their country.

"I went there to work with refugees fleeing war and persecution, to hear their stories and hopefully give them a voice," said Susan. "I wanted to show the world they are just like us. People want their children to be safe. I met so many beautiful dignified souls, people who have been through so much but continue to keep hope and to be open for a simple helping hand. It was a great and deeply moving lesson in humanity."

In association with the Huffington Post and Ryot production company, Susan Sarandon presented a series of virtual reality videos on the situations of these refugees, honouring their perilous journey and those who support them.

The Homeland star also visited Lesbos, Greece with the NGO International Rescue Committee to help refugees after their perilous crossing. "I just don't get it. I don't get how people in different countries all over the world can be frightened of people who suffered so much, who are so in need, who are so desperately asking to have freedom, justice and dignity." Mandy said.

After spending several days there, Mandy heard many family stories that reminded him of his own ancestors who fled Poland and Russia during the war. "Just give them a welcome," he implores in an article in the Washington Post.

As an Ambassador for UNICEF since 2009, Orlando Bloom journeyed to a refugee camp in Macedonia. In a statement from the United Nations Children's Fund, the 38-year-old actor expressed his distress at what he had witnessed. He said: "These children have travelled through one of the deadliest refugee and migrant routes in the world. I talked to children who endured terrifying journeys, often in extreme weather conditions and for many, walking in the only shoes and clothes they have.

"They are being shuttled from one authority to another, crossing numerous borders, uncertain of the risks ahead. If they arrive safely at their final destination, they still fear an uncertain future. We need to protect and support them."

In Christmas 2015, Sacha Baron Cohen and Isla Fisher didn't just think about their families and their loved ones, generously donating $1 million to two charities: Save the Children's vaccination campaign in Syria to stem the risk of a measles outbreak, and the International Rescue Committee, which guarantees access to medical care and education to refugees.

Charlie Winston produced the video for Say Something, a song based on the current migrant crisis and gave concerts to support refugees in Berlin and Greece. For her part, MIA has also released a song and a video to denounce the governments attitude to these people in need, while Pharrell Williams dedicated his new tune Freedom to migrants, and has spoken about his support to welcome them to the USA. He said: "We should use our platforms where we can. We have to be open. And it’s a tough conversation, but America is built on immigrants. We wouldn’t have a country without them." 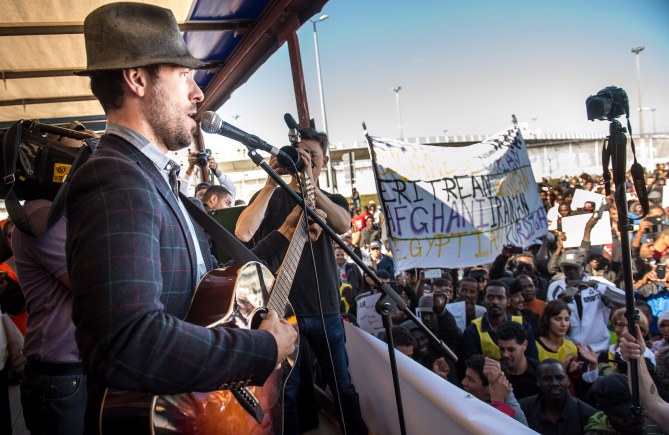 60 French artists, including Alex Lutz, Isabelle Adjani, Nicolas Canteloup, Daft Punk, Dany Boon, Guillaume Canet and François Cluzet expressed their incomprehension at the indifference of European countries to the plight of refugees. They wrote: "No more Aylan on Turkish beaches, in makeshift boats in the Mediterranean or cast stranded trucks on Austrian roads.

"These children are ours, their parents are our peers, we form humanity itself. That's what we thought...We can not stay cooped up in indifference and silence before the tragedy of these men, women and children who die because of not being welcomed, victims of barbarism and war in their own countries and withdrawal in ours. Have we learned nothing from our past?" 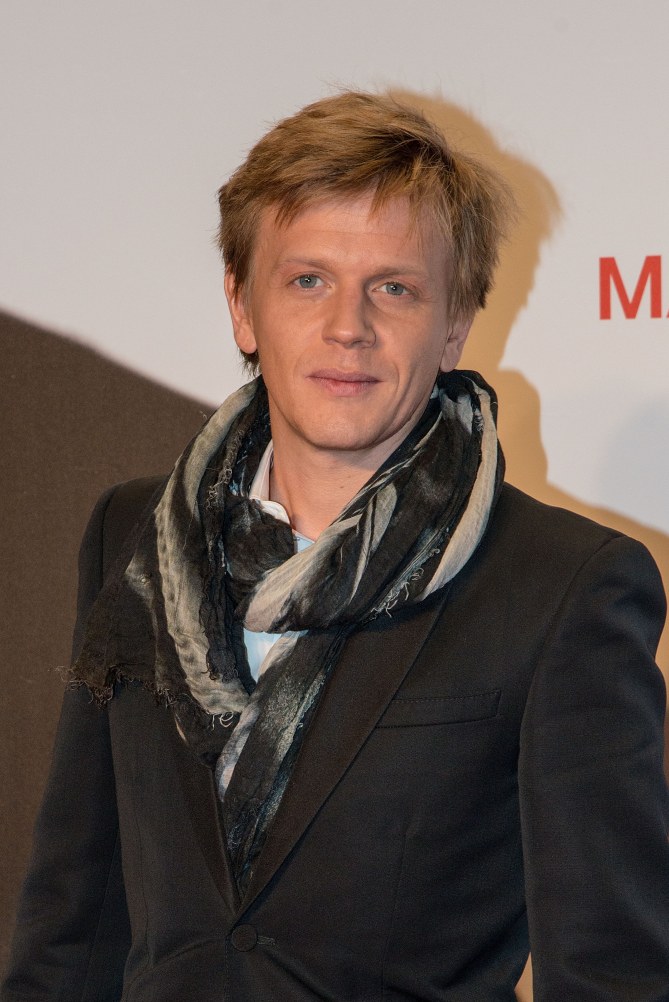 Chinese artist Ai Weiwei has announced plans to erect a monument dedicated to the many refugees who lost their lives at sea on the Greek island of Lesbos. After having met many families, he said he had already set up a studio and that many students would help him in his work.

"This is a historic moment, whatever the context in which we place ourselves. As an artist, I want to be more involved, I want to [create] works in connection with the crisis and generate a kind of jack conscience." he said.