by the editorial team Published on 19 February 2014 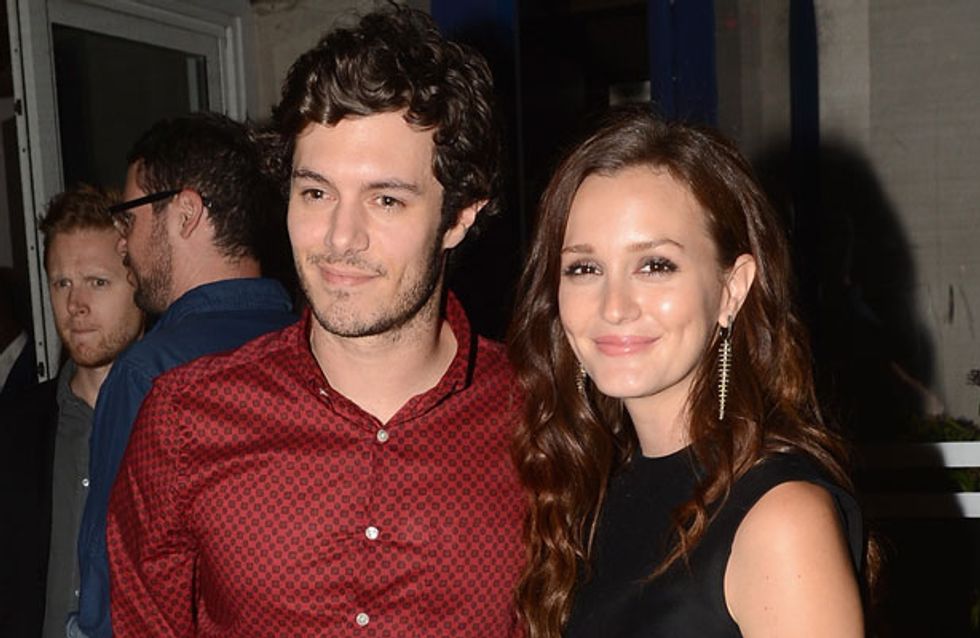 If you were a teenage at some point in the 2000s, you probably had a crush on Adam Brody. Some may say he single-handedly started the revolution ten or so years ago in which nerds became not only cool, but sexy. But we're here to tell you that it's time to kiss your dreams of marrying Seth Cohen buh-bye. He just got hitched - to none other than Blair Waldorf! Talk about a teen soap opera dream come true.

Our TV dreams came true when we heard the news that Adam Brody and Leighton Meester got engaged last November. We daydreamed about how they'd tie the knot... romantic nuptials in California? (The Cohens' pool would've made the perfect backdrop.) Or perhaps a chic society wedding on the Upper East Side of Manhattan?

The answer? Neither! The couple was married in a secret ceremony, surprising no one, really, as they are notorious for being a low-key, private duo.

Gossip Girl stars Leighton Meester and Blake Lively are no longer friends
Does everybody miss Gossip Girl? The far-fetched storylines, the ongoing will they won’t they relationships, the pressing, infuriating question WHO IS GOSSIP GIRL dominating every episode, and most importantly, the best friends forever relationship between Blair Waldorf and Serena Van der Woodsen? Well, it turns out that the actors who portray our favourite Upper East-siders Leighton Meester and Blake Lively are not nearly as pally in real life – and aren’t on speaking terms anymore.

Each shot to fame thanks to starring in popular prime time dramas. Adam Brody starred as the goofy-yet-hot Seth Cohen in cult classic The O.C.. Leighton Meester played the evil-but-lovable Queen Bee of NYC Blair Waldorf in Gossip Girl.

Funny enough, although Josh Schwartz produced both of their hit teen soaps, he did not introduce the couple. They met on the set of The Oranges in 2011.

The pair has kept quiet about their year-long relationship. They started dating last February; Adam, 34 got down on one knee in November, taking Leighton, 27 by total surprise.

It's the first - and we hope ONLY! - marriage for both.

Congratulations to the newlyweds!

Any guesses on when these two will start a family? Tweet us @sofeminineUK!