Animals And Celebrities That Could Be Related 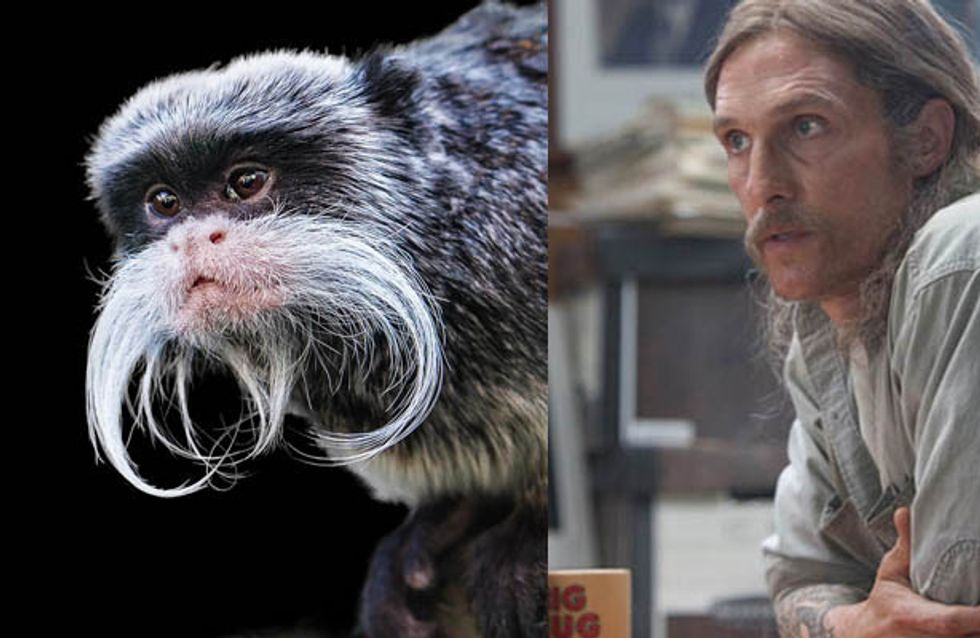 Who knew that Cher had a distant doggy relation? Or that Amy Adams has family links to toy poodles? Or that Matthew McConaughey is somehow related to an emperor monkey? We've gone and done a little celebrity family history and discovered the animal ancestors of these famous faces.

Matthew McConaughey and this emperor tamarin are definitely distant relations. Look at that brooding brow. So sombre!

Jack Gleeson plays the evil boy King Joffrey on Game of Thrones. In a parallel universe somewhere this pouty pug also rules with an iron fist. Everyone is theirs to torment.

Angelina Jolie and Brad Pitt are the Pride of Hollywood. Geddit?

Eminem and this pug both worry about the price they had to pay to become superstars whilst their friends fell down, like toy soldiers. But they're both made of tough stuff.

It's likely Daniel Radcliffe was once a bulldog in a former life. That penetrating stare. Someone give him a biscuit!

Amy Adams and her fluffy distant cousin know how to strike a poised pose whilst keeping their cultivated locks in place.

Poor pups. Both Leonardo Dicaprio and his canine pal know how it feels to be unrecognised for their great talents.

Benedict Cumberbatch used to be an otter. Fact. (Kind of).

David Mitchell and this koala have EXACTLY THE SAME FACE.

Rowen Atkinson and this owl were separated at birth. Who knew!

Here's a hard one. Which is cuter? Taylor Lautner or his twin Llama?

Eric Stonestreet and his fluffy friend look handsome and dapper with their well-groomed hair and sombre expressions. Definitely brothers from different mothers non?

Martin Freeman and this hedgehog are equal amounts of cute, adorbs and ickle.

Peter Capaldi and his goat body double ponder the world of Doctor Who.

Cher knows that hairspiration can come from the most unlikely of places.

Miley Cyrus learnt her tongue trick from this little critter. Sorry Cyrus but think he kinda nails it.

Kristen Stewart may not be fluffy and cute, but she does kinda look like this little seal right?

Jennifer Lawrence's half sister isn't quite as hot as her.

Know any other celebs that are most probably definitely related to animals? Tweet us @sofeminineUK