Anna Kendrick and Rebel Wilson coming back for Pitch Perfect 2

by Stephanie Ashley Published on 7 February 2014 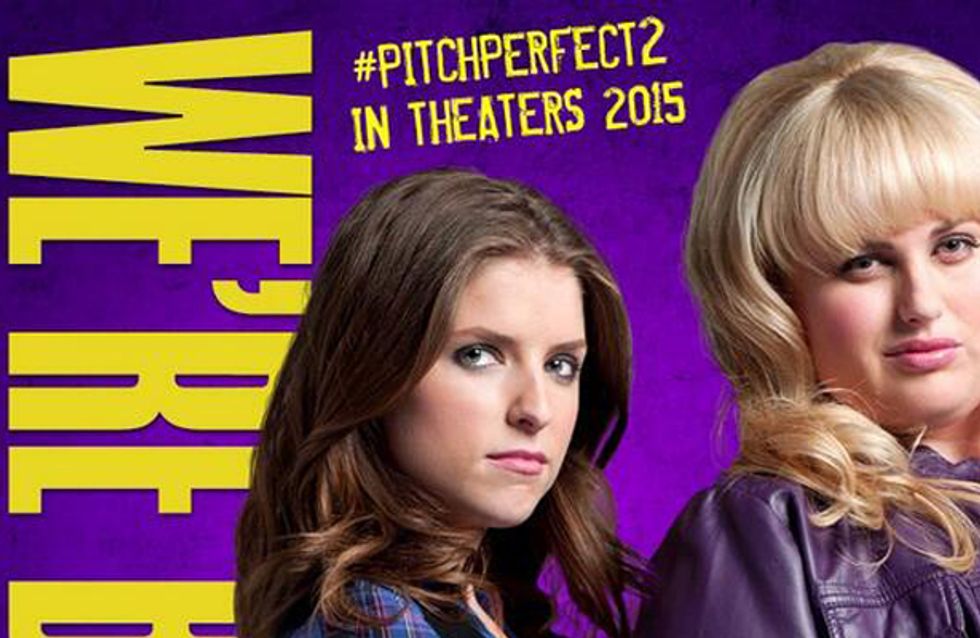 Yes, they’re back! The dynamic Bella duo will be returning to the screen for Pitch Perfect 2, the sequel to their 2012 film that was an unexpected hit. Anna Kendrick and Rebel Wilson have both closed deals to reprise their original roles in the second film, set to release May 2015. Though the two actresses are incredibly busy, they are taking time to return and make our a cappella dreams come true!

Fans may have been a bit skeptical when Elizabeth Banks announced that she would be directing a sequel to the popular comedic musical Pitch Perfect. Would the original cast be returning? What is Pitch Perfect without Becca and Fat Amy?

Never fear, fans! Both Anna Kendrick and Rebel Wilson have signed on to reprise their roles in Pitch Perfect 2.

The official Pitch Perfect Twitter account tweeted the announcement Wednesday, saying, “RT if you can’t wait! @AnnaKendrick47 & @RebelWilson are back in #PitchPerfect2!!”

RT if you can't wait! @AnnaKendrick47 & @RebelWilson are back in #PitchPerfect2!! pic.twitter.com/GzY7DeSLY1

Both actresses have been dealing with incredibly busy careers since 2012, when the original musical helped their popularity skyrocket. Anna’s single “Cups,” originally from the musical, helped her become a triple platinum recording artist and has sold a little shy of 3 million units.

Since the original film, Rebel Wilson has starred in, written and produced the new ABC comedy Super Fun Night and is working on Night at the Museum 3. She also hosted the 2013 MTV Movie Awards, where she won awards for Breakthrough Performance and Best Musical Moment.

Elizabeth Banks, who may be best known for playing Effie Trinkett in the Hunger Games series, produced the first Pitch Perfect film and starred as an announcer on the a cappella circuit. She is coming back to both produce and direct the sequel.

No word yet on whether any other Pitch Perfect favorites will be returning to the big screen. We'd love to see Anna Camp and Skylar Astin back in action, too... especially since their on-screen singing has translated into a real-life romance! Fingers crossed.

Are you ready to get pitch slapped again? Tweet us @sofeminineUK!