Are Looney Tunes Racist?! The Kid Shows You Didn't Realize Have A Terrible Subtext

by the editorial team Published on 31 March 2014 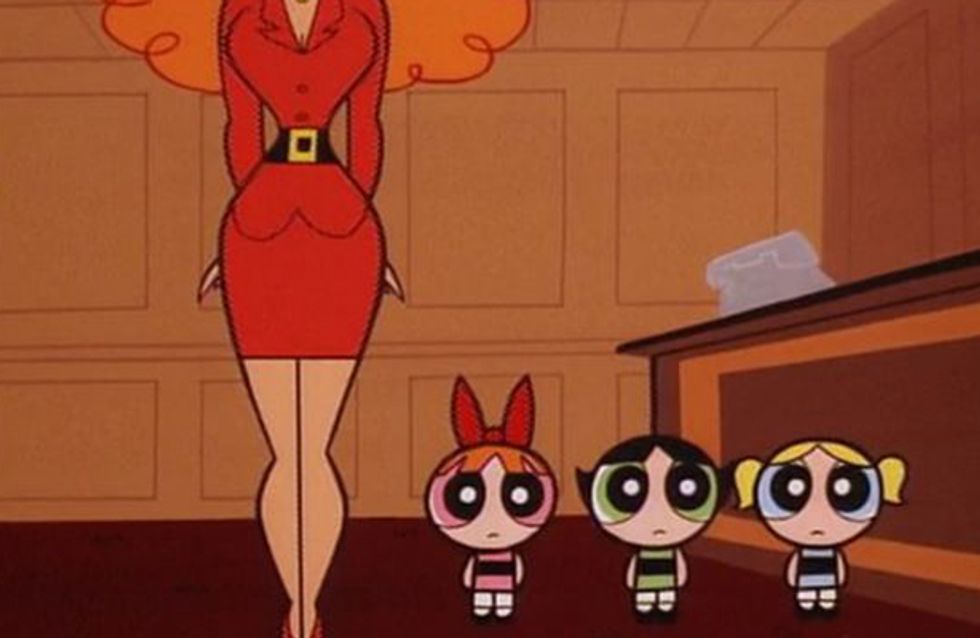 You'll never be able to look at Bugs Bunny or the Powerpuff Girls in the same way again (sorry!). Whether these show writers did it subconsciously or were just making seriously bad judgement calls, looking back, these clips from famous shows and films would so not fly today.

The script for ABC Family pilot hopeful Alice in Arabia was recently leaked, and the content has caused quite the commotion! Though the young adult television station says they never intended to insult anyone, the underlying tones of Islamophobia in the Alice in Arabia script were shocking.

With all the controversy surrounding this new script, we have to wonder, how many shows from way back when had politically incorrect tendencies? Honestly, there are more than you'd think. Fan favorites like Looney Tunes and even Disney films are guilty of bad judgement when it comes to racial and sexual themes, and we've got a list of the worst culprits of all.

Bugs Bunny is a master of disguise and laughing his way out of any sticky situation, but his tactic of donning blackface and singing Dixie to escape a firing squad has us shaking our heads.

Randomly approaching a woman and repeatedly fondling her and kissing her neck may seem cute in a cartoon skunk, but if this happened in real life, it would probably end in a restraining order (for good reason!).

Who can say whether or not the showrunners of Mighty Morphin Power Rangers knew what they were doing, but their color choices for the original group of rangers are none too subtle. The one black character is the black ranger, and the Asian girl is the yellow ranger. Oh, and the popular Caucasian girl is relegated to Barbie pink. Not to mention, when the white ranger arrives on the scene, he has all the cool powers. Coincidence?

Disney has cleaned up its game (some) in recent years, even adding a gorgeous and lovable black Disney Princess to the mix (hi, Tiana!). But, they are as guilty as any of insulting racial tropes. In the original intro song to Aladdin, the merchant sings, "Where they cut off your ear if they don't like your face. It's barbaric, but hey, it's home." Disney luckily realized their mistake and reworked the song before the film's release.

Almost everything about this scene is wrong. First of all, Wendy is told that as a girl, she's not supposed to dance with the men. Ouch. Then, the Natives go on to sing that they are "red" because the first Indian kissed a girl and blushed. Meaning, they were originally white men. But of course. Finally, the one girl who is allowed to dance, Tiger Lily, does her dance solely for Peter Pan's benefit. Ugh.

Where to begin with Betty Boop. Not only is her outfit and air-headed attitude a bit sexist, but this episode was banned in the United States for glorifying drug use. Betty even laughs hysterically when her friend the clown yelps in pain. Really?

No doubt, the character Him probably scared you as a child, but looking back, he/she is a clear jab at the LGBT population. He is the only sexually ambiguous character on the show, and as such he is completely vilified. His character is made to appear male, with his swirling goatee, but wears a Santa-esque dress and killer heeled boots. He is also made to clearly resemble an inhuman demon, with his red skin and mechanical claws. If there were any other sexually diverse characters in the show, maybe we could forgive this?

Who can forget Ms. Bellum? For most of the show, the audience never sees Ms. Bellum's face. Instead, we only recognize her as a shapely figure with stunning legs and nice cleavage. Is that all a woman is? She is even placed in overtly sexual situations with her employer, the old mayor, like when she helps him sharpen his broken pencil...Gross.

Any other inappropriate kids' show moments we missed? Tweet us @sofeminineUK!