Blue Ivy isn’t two years old already is she?! Oh, they grow up so fast! It sounds like her mum and dad – only Beyonce and Jay Z AKA the coolest couple ever – decided to treat their little princess by taking her to a bird sanctuary to celebrate the day! Actually, they rented out the entire place. Only the best for their little princess!

The Carter family are celebrating little Blue Ivy’s second birthday by renting out a bird sanctuary in Miami for the day.

The pair closed down the Jungle Island bird sanctuary within Miami Zoo because they CAN…and also probably to have a lovely private day without fellow bird admirers whipping out their camera phones! 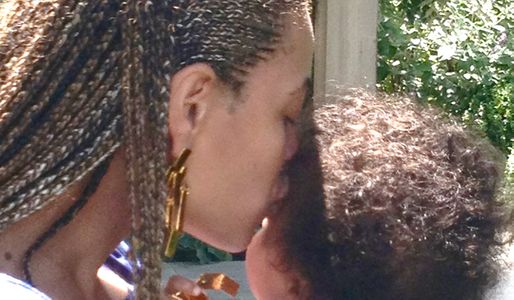 We’re not too sure how much a stunt like this would have cost, but just a VIP tour around the sanctuary and botanical garden is about $240, so we’re guessing the entire venue would probably have cost thousands. It’s no problem for Beyonce and Jay Z though, and showering their baby daughter with attention on her second birthday meant that Blue was surrounded by exotic animals, including penguins, kangaroos and lemurs.

Later in the day the little family went to Joey’s restaurant in Miama, and munched on pizza and salad for Blue’s special day.

That’s not the mention the gifts Blue would have been given on the big day! We can imagine her gifts would be rather extravagant! However, apparently family friend Kanye West gave her the gift of music and wrote her a lullaby for her birthday.

A source told the Daily Star: “Kanye wanted to do something personal for his best friend’s baby. So he decided he would write and record a lullaby especially for her. It won’t be released; it’s just for Blue. He hopes it’ll help send her off to sleep at night.”

Meh, we’re not sure how impressed she’d be with that! You could have bought her a toy or something Kanye! Apparently the song is quite nice though, as the source continued: “It’s really catching and slow. Rather than the usual sweet dreams-themed lullaby songs, Kanye raps about how Blue Ivy and Nori will be mega powerful when they’re older.”

Pahaha. Is anyone else slightly terrified of this future?

Our favourite insight into Blue’s birthday is Beyonce’s birthday message which she posted on Tumblr, reading: “Happy Birthday Miss Carter”. So cute!

What do you think Blue’s parents bought her for her birthday? Tweet us @sofeminineUK