According to a new revealing autobiography from Hollywood casting director Jen Rudin, Beyonce didn’t get the part of Disney Princess Tiana for the Princess and the Frog, as she assumed she would automatically be offered the role and didn’t audition as a result. Oh, Beyonce! You may be Queen B, but you need to prove you can also be a Princess!

Beyonce allegedly refused to audition for The Princess and the Frog as she assumed she would automatically get the main part.

In Hollywood casting director Jen Rudin’s autobiography, she talks about the challenge she faced to find the voice for Disney’s first black Princess for The Princess and the Frog, and the Irreplaceable singer was naturally in consideration.

However, whilst top names such as Jennifer Hudson, Tyra Banks and Alicia Keyes auditioned, with the latter auditioning no less than three times for the role, apparently Beyonce refused to audition entirely.

Jen wrote: “Beyonce expected an offer, but wouldn’t audition and so she didn’t get on.”

Without Beyonce in the running, the part eventually went to the Tony-award winning actress Anika Noni Rose who Jen described as “the most qualified”, despite the Hollywood interest to play the role which was a landmark in Disney history.

According to Jen, the women who did audition were delightful. She wrote: “Tyra Banks [and] Jennifer Hudson wanted it. They had to sing, so we made it clear they needed sheet music.
​
“Tyra came in with a CD, but it didn’t matter because she was so pretty and nice.”

Anika and Beyonce have even worked together before in the 2006 Oscar winning film Dreamgirls. We wonder whether Beyonce needed to audition for that one?!

Would you liked to have heard Beyonce in the role? Tweet us @Sofeminineuk 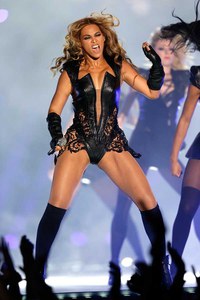