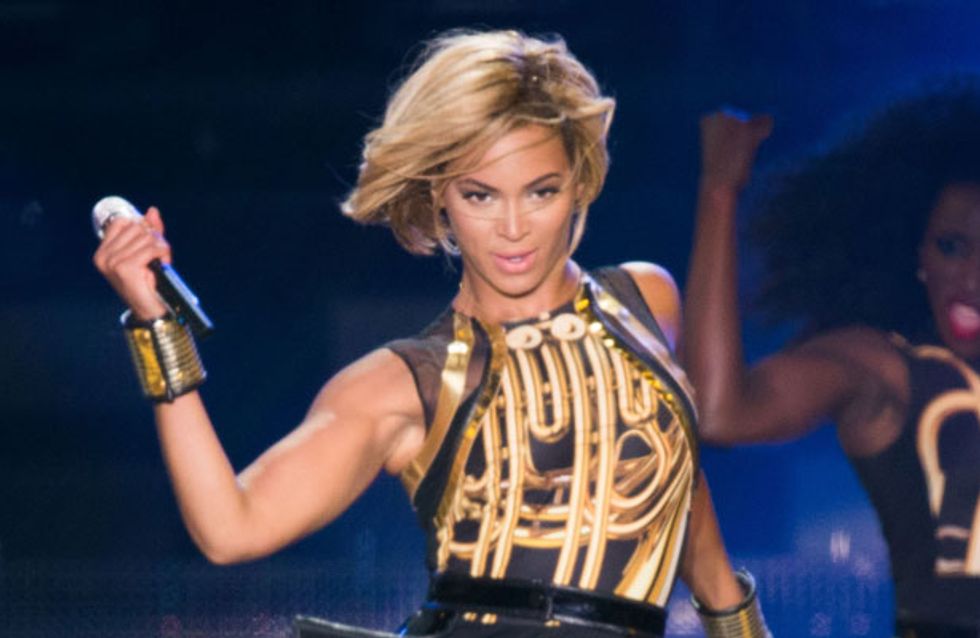 Beyonce and Jay Z are notoriously private about their relationship and protective over their 10-month-old daughter Blue Ivy. But the singer has decided to treat her adoring fans to a glimpse of her adorable family life by sharing snaps of husband Mr Carter - also known as rap superstar Jay Z - and their baby girl Blue Ivy. And their life looks incredible.

Superstar Beyonce has uploaded some extra sweet snaps of her family on her Tumblr page.

The 31-year-old singer is currently playing to sold out concerts in Australia for her I Am… world tour, but she seems to be enjoying her time off in the sun, as she shared a snap with hubby Jay Z holding little Blue up over his head.

The adorable photo shows the happy family relaxing in some sort of paradise, as Jay Z stands in an Infinity pool with a view of the ocean behind him - this certainly isn’t the typical family that holidays for a week in Spain.

Bey also posted a picture of three shadows on the ground which appear to be her family.

Beyonce has been enjoying posting Blue’s growing up online by sharing tiny snippets of insight into her life, including snaps from Halloween and the two of them playing together.

Last year she set up a Tumblr page with the baby pictures of Blue instead of opting for a typical celebrity million-dollar deal to share them with a magazine.

Recently Beyonce chopped off her long blonde hair - much to the surprise of fans, since the singer was known for whipping her long mane back and forth during shows.

Perhaps she needed a quicker morning routine due to the demands of looking after a little one - oh and the burden of embarking on a massive world tour too!

It wasn't long before Beyonce changed her dramatic pixie cut again by putting in extensions, clearly having missed her long locks.

At the moment s​he's currently rocking a short bob style, although we're sure by next week this will have all changed again!

Are you a fan of the Carters? Tweet us @Sofeminineuk