by Alison Potter Published on 13 December 2013 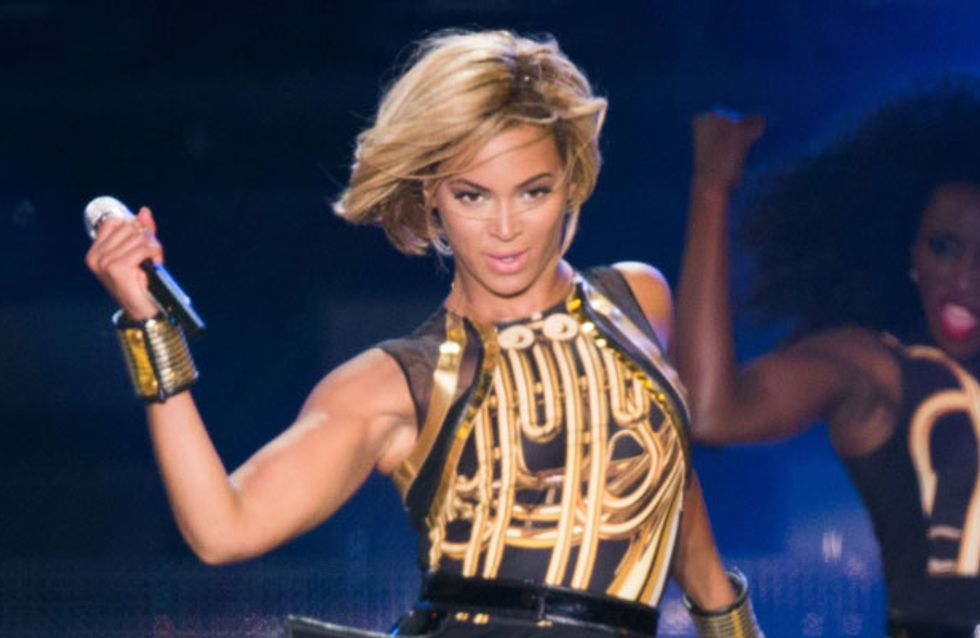 That Beyoncé is a crafty one…despite being one of the most recognisable women in the world, who has her every move tracked by the paparazzi, she’s managed to do the impossible and release a whole host of new material without anyone knowing. As well as a new album on iTunes featuring fourteen brand new songs, she’s also secretly filmed SEVENTEEN music videos. And as you would expect every song is amazing!

Christmas has come early for Beyoncé fans, as the mother-of-one has released a self-titled brand new album exclusively on iTunes, featuring a staggering 31 tracks, including 14 previously unheard songs.

The 32-year-old has collaborated with her nearest and dearest for her fifth studio album, including hubbie Jay Z, her Destiny's Child BFFs and, of course, her adorable little daughter Blue Ivy.

As well as the songs, Bey secretly shot seventeen music videos, and released all of her new content at the same time (on Thursday 12th December – just a few minutes before midnight), with no warning whatsoever.

The amazing feat was pulled off whilst on her Mrs Carter World Tour, whilst also looking after her 23-month-old daughter.

Well at least that will hopefully mean she gets out of all the usual pop star promotional duties, which can sometimes go on for months at a time in a bid to increase record sales!

Speaking about the new work, Beyoncé describes it as an “unguarded artistic statement” and a “visual album” as every track has a super-hot music video to accompany it.

Wanting to explain her motivation directly to her legions of fans, the Crazy In Love singer posted a video on Instagram and Facebook.

In it she says: "I see music as more than just what I hear.

"When I'm connected to something, I immediately see a visual or a series of images that are tied to a feeling or an emotion, a memory from my childhood, thoughts about life, my dreams or my fantasies and they're all connected to the music.

“And I think that's one of the reasons why I wanted to do a visual album."

​As she speaks, there’s a fast-moving montage of images of Beyoncé and the things that inspire her, as well as sneak peeks at the seventeen new music videos she has shot.

“I feel like right now, people experience music differently. I remember seeing Thriller on TV with my family – it was an event. We all sat around the TV…I’m now looking back and I’m so lucky that I was born around that time.

“I miss that immersive experience. Now people only listen to a few seconds of song on their iPods. They don’t really invest in a whole album.

“It’s all about the single and the hype. There’s so much that gets between the music and the artist and the fans.

“I felt like I didn’t want anybody to give the message when my record is coming out. I just want this to come out when its ready, and from me to my fans.

“I told my team that I want to shoot a video for every song and put them all out at the same time. Everyone thought I was crazy but we’re actually doing it. It’s happening.”

Check out sneak previews of all SEVENTEEN videos below. Enjoy!

What do you think of Beyoncé’s stunt? Tweet us @sofeminineUK!

by the editorial team
+
All the news about Beyoncé Knowles
by Alison Potter
For all the best videos, memes and shareable news!