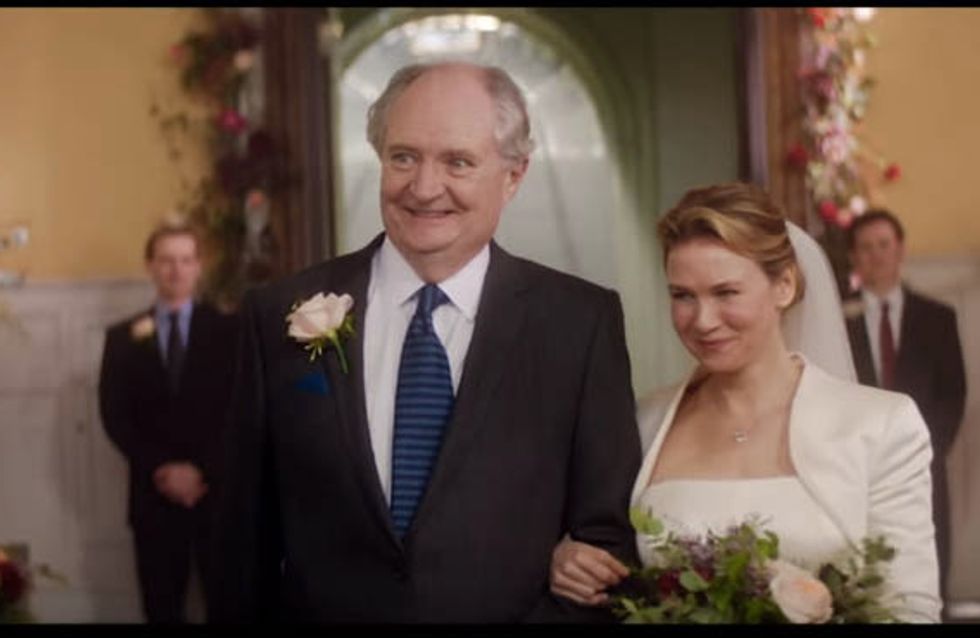 It's been 15 whole years since the first Bridget Jones film. Can you believe it?! We're all so grown up! Including dear Bridget herself, who inspired millions of us to ditch our 90s thongs and stick with the granny pants. Now she's older, but whether she's wiser remains to be seen... The new trailer promises heartbreak, totally hunky men and plenty of drunk dancing. We cannot wait.

The first trailer for our favourite sweary, big pant-wearing heroine is here! It's been a whopping 12 years since the last Bridget Jones and so the pre-trailer trailer released last night for the sequel had us yelling "come the f*ck on Bridget!" at our laptops. Now it's here, it's really here! And it looks SO. GOOD.

It seems from the trailer that the once perfect Mark Darcy has now turned into, as Bridgy's mum might say, "a bit of a sh*t." It would appear that Mr Darcy has jilted Bridget at the altar, leaving her almost treading old ground: a lonely life filled with alcohol and Jamie O'Neal's 'All By Myself'. But instead she picks herself up with spinning classes and trying to chat up everyone's favourite ginger, Ed Sheeran. And then there's the love interest! The most beautiful, most charming Patrick Dempsey plays Colin Firth's love rival - I mean, we miss Hugh Grant, but it can't be exactly the same as the last two films, can it? - who meets Bridget whilst she's face down in a puddle of mud. Classic Bridget.

But the real thing that sets this film apart is the fact that our dear Bridget is now 'mit bebe'! But who's the baby daddy? Is it hunky Colin Firth or hunky Patrick Dempsey? Even Bridget herself doesn't know and judging from the trailer, is happy to keep up the ruse that it could be either one. How will the story end? No one knows! No really - no one knows: rumour has it they filmed three different endings to keep anyone from knowing the final outcome. Check out the new trailer below!

Loading...
From hair ideas to outifts, look no further for your daily inspiration