by the editorial team Published on 4 November 2013 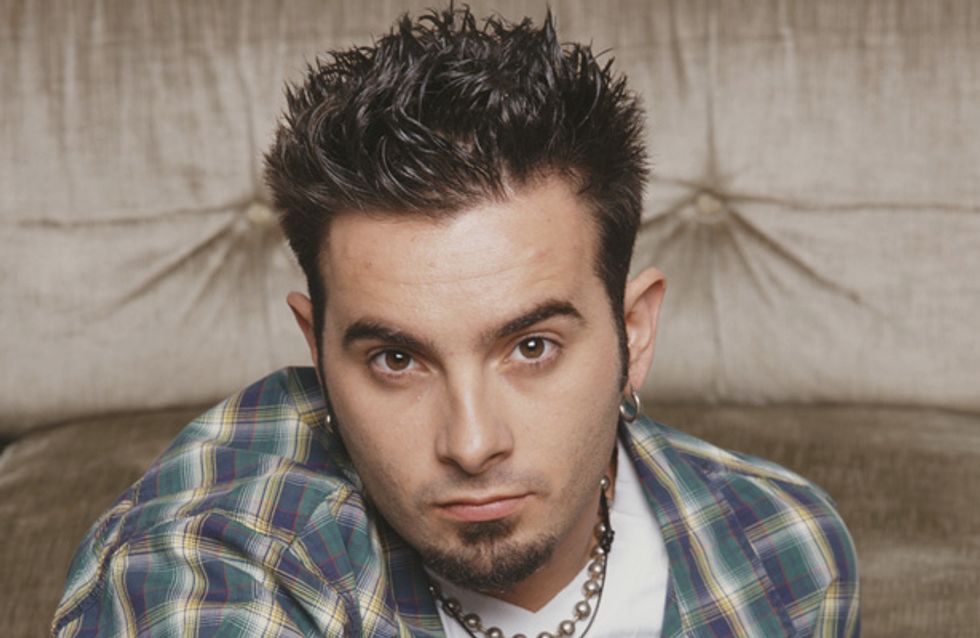 Sorry ladies: Another 'NSync member is officially taken. Chris Kirkpatrick, 42, married his girlfriend of more than three years in Florida on Saturday. The whole band was there to support the former reality television star, making the wedding their second reunion this year. We wonder if Kirkpatrick serenaded his beautiful bride?

Ladies of the 90s, get ready for some very important news: another ‘NSync member is officially married.

Chris Kirkpatrick has tied the knot, according to People. The singer, 42, married his fiancée Karly Skladany at the Loews resort hotel in Orlando, Florida, on Saturday.

The duo has been a couple for more than three years. Last October, Kirkpatrick told People how he proposed to the marketing rep during a birthday trip to Italy.

“We had a hotel room at the Isle of Capri, overlooking the Mediterranean,” the pop star said. “It was one of the most beautiful places I’ve ever been. And it hit me: I wanted to propose to Karly. So I ran to a jewellery store, found the perfect ring and bought it.”

Kirkpatrick called to get Skladany’s father’s approval (aw!) before getting down on one knee.

“We were sitting on the balcony with a bottle of champagne and I put the ring in her glass,” Kirkpatrick said. “I know it sounds cheesy, but it was romantic. As soon as I asked her, she said, ‘It’s about time!’ and we laughed. It was spur of the moment, but it was absolutely perfect.”

Kirkpatrick told Rolling Stone that the whole ‘NSync gang was there for the big day.

“They’re all coming to my wedding, so we’ll get to see each other again,” he said in August. “Everything goes back. It’s like old times.”

The band also reunited on stage at the MTV Video Music Awards in August.

Kirkpatrick’s former bandmate Justin Timberlake also recently got married. He wed Jessica Biel in October 2012 at a beautiful resort in Italy. Kirkpatrick wasn’t invited to the wedding, stirring up rumours that he quickly put to rest, assuring fans that there were no hard feelings amongst the ‘NSync crew.

“[Justin] didn’t want the wedding to be an ‘NSync reunion, and I totally understand that,” Kirkpatrick said.

Kirkpatrick currently has a production company called Working Class Industry that works on all things music. The star, who has worked on a number of reality television shows including CMT’s “Gone Country” and VH1’s “Mission Man Band”, told Rolling Stone he doesn’t have any plans on returning to the small screen.

Who was your favourite ‘NSync member? Tweet us @sofeminineUK!