Celebrity Couples Who Have Appeared On-Screen Together 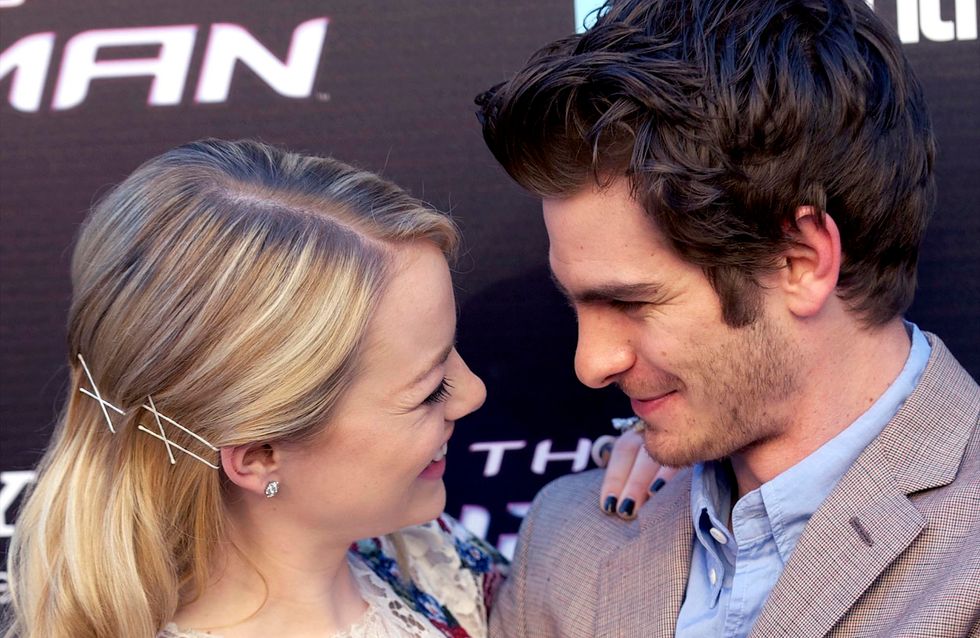 When you know a couple are together off-screen, then they act together in a movie or a TV show, we don't know about you but we feel like we've been let in on a sort of insight to their relationship, and we LOVE it. Sure they're playing different characters and sure they're probably nothing like it in real life, but the chemistry guys. THE CHEMISTRY! You just can't fake that!

Here are our favourite couples who have appeared on-screen together, some might surprise you!

Andrew and Emma got together during the first movie, and we can’t wait to see them in action again in May! There’s going to be so much chemistry!

Probably the most famous of all famous on-screen couples are Robert Pattinson and Kristen Stewart. After playing Edward and Bella in the wildly popular teen vampire franchise, the pair braved the crazed fans together. It sounds like their relationship was even weirder than their movie counterparts (KStew revealed in an interview that RPattz used to enjoy licking her armpits.) Vom.

He plays a 170-odd-year-old vampire, she plays a mind-reading waitress, can I make it anymore obvious?!

Probably the weirdest of on-screen/off-screen relationships is David Arquette and Courteney Cox. She plays an (annoying) journalist reporting on the murders, whilst David plays a (weird) cop investigating the murders. Shame this couple didn't work out in real life.

Hooking up with each other was definitely one way to deal with being a Disney kid! However, sadly when you appear as Troy and Gabriella, who find strawberries and chocolates racy, when you send naked pictures in real life and they get leaked parents will go CRAY CRAY.

These two hooked up during the filming of Oscar award-winning Slumdog Millionaire back in 2008, and the pair have been together ever since!

Sometimes, when you’re in Iceland and it’s all cold with nothing but your furs to keep you warm, romance can and will blossom!

Thank heavens that Channing Tatum and Jenna Dewan danced together in Step Up. You can’t fake the romance in their moves! Fortunately now they are married with a baby and share a mutual love and fascination for fairies (we’re not even kidding, their wedding was fairy themed.”

Ryan Gosling and Rachel McAdams relationship isn’t over. IT STILL ISN’T OVER. Okay, well maybe it is. But when these two hooked up for real on the set of The Notebook, we knew we were watching something special! We would like to call that they’ll end up married.

What happens when you put a mismatched gang together to solve crimes in a Mystery Machine? The two hot ones are drawn to each other like magnets, that’s what! Only kidding, Sarah and Freddie were engaged by the time they filmed Scooby-Doo, and they have some intense mystery-solving chemistry!

Michael C. Hall and Jennifer Carpet might have played brother and sister in Dexter, but they ended up married (for a few years, anyway). Is that weird? Nah…

Amy Poehler and Will Arnett – Blades of Glory

Real life couple Amy and Will play brother and sister in Blades of Glory, and Amy briefly played his wife on Arrested Development. These two have a certain style in both shows that we really hope isn’t actually an insight to their married life…got to say we were gutted when we heard this pair had called it a day!

Matilda’s parents are MARRIED?! Is anyone else’s SHOCKED and DELIGHTED by this?! Do you think every morning she presents him with cereal saying “here we are my heart strings!” That would never, ever get old.

Ben Affleck and JLo appeared in a few movies together, but our favourite is Jennifer’s sweet but brief appearance as his wife in Jersey Girl! How times have changed.

Have you got a favourite on-screen/off-screen couple that we've missed?! Tweet us @sofeminineUK