Dakota Johnson channels her Fifty Shades of Grey character in new photo shoot: “I have no shame”

by Stephanie Ashley Published on 7 February 2014 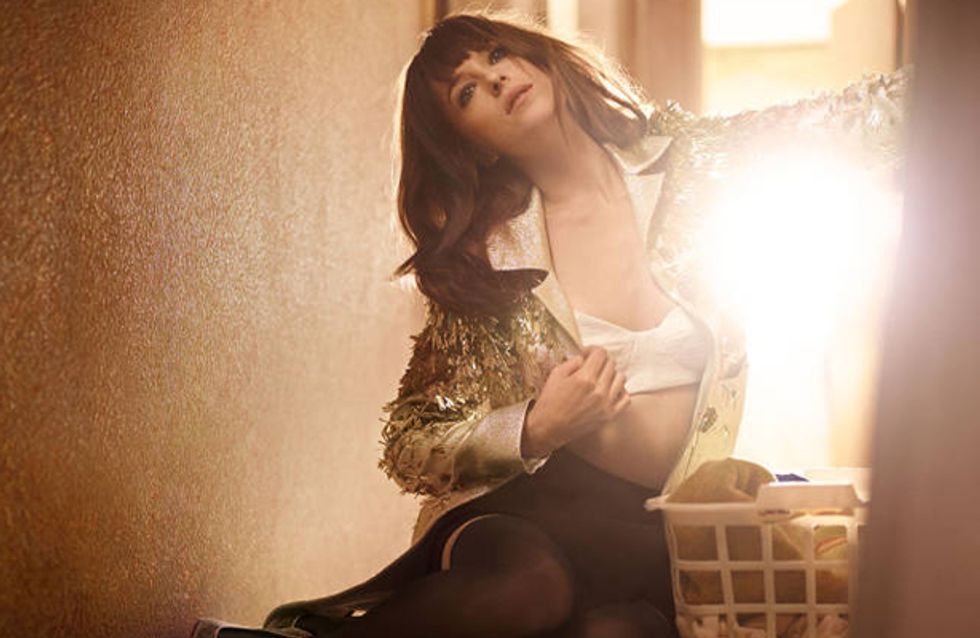 You may not have heard of Dakota Johnson before, but you will certainly know her now! Dakota is currently working on the role of a lifetime, in the most salacious and anticipated film of the year - maybe decade - Fifty Shades of Grey. Now she is channeling her sexy, sultry side in a new photo shoot and admits that she has no difficulty in the racy role because she has “no shame.”

At only 24 years old, actress Dakota Johnson has landed a role that is sure to make her name go down in history. When news first hit that E.L. James’ sexy novel Fifty Shades of Grey was becoming a film, everyone waited in anticipation to see who would be cast in the lead roles. Now well into shooting the film, Dakota promises not to disappoint.

In a sultry new photo shoot for Elle, Dakota channels the seductive side of her new character and opens up about what really drew her to the role.

Dakota says that what she found intriguing about the role of Anastasia Steele was the emotional aspect of her relationship with businessman Christian Grey, not necessarily all the raunchy rolling in the bed sheets.

“Reading the book, I found myself more interested in the ways they were breaking each other down emotionally than the sex scenes,” she tells Elle. “I think there’s a part of a woman that wants to be the thing that breaks a man down.”

But just because she was drawn to the emotions, don’t think Dakota can’t deliver in the hot and heavy scenes. “I don’t have any problem doing anything,” she says. “The secret is I have no shame.”

Being a third generation Hollywood actress, Dakota has been influenced a great deal by her parents, actors Don Johnson and Melanie Griffith, and her grandmother, Tippi Hedren. Though it sounds glamorous, apparently growing up in a famous family is not all it’s cracked up to be.

“I think people, especially the press, like to pick on children of famous people and I think that’s f---ing awful,” she says. “Things get made up. It’s so, so sad. And there’s absolutely nothing you can do about it as a 16-year-old. You’re like….Why? What did I do?”

But she has come through it all and is now well on her way to making her own mark on Hollywood. Fans of the books and newcomers alike cannot wait until 2015 for the film’s release, and to see if it lives up to the sexiness we’ve come to know and love in the books.

How excited are you to see the Fifty Shades of Grey film? Tweet us @sofeminineUK.