by Emmy Griffiths Published on 14 September 2015 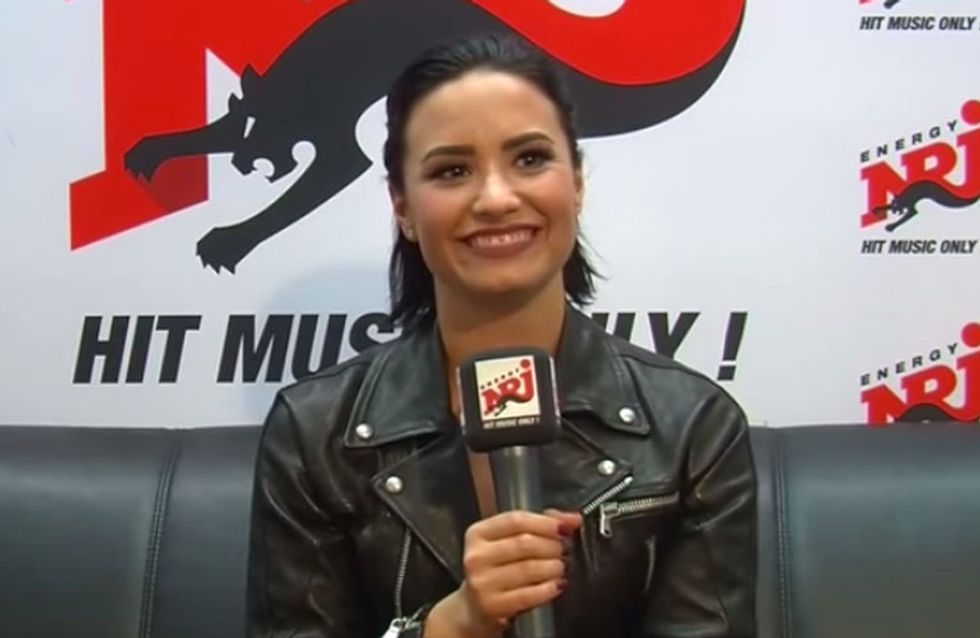 When Demi Lovato was asked a pretty simple question in an interview last week, she sadly got the wrong end of the stick and hilariously messed up. We loved her for it because, hey, everyone makes mistakes! But then she tried to cover it up, and things got really awkward. Come on Demi, just admit you messed up and let us laugh at you already! Or better yet, laugh with us!

Ah Demi, so many celebrities have been where you are right now. You are asked a simple question and made yourself look a little silly with your answer.

But you're not alone! Who could forget Justin Bieber having no idea what 'German' was? Or what about in Miss Congeniality when Cheryl said her favourite date was April 25th because it's not too hot and it's not too cold and you can just wear a light jacket? Did the Miss Congeniality judging panel hold it against her? No! It just made her more endearing. She won the pageant for crying out loud!

So when Demi made this rather hilarious mistake when asked about her favourite dish, we kind of thought she'd just laugh it off. Skip to 2:35 to see it in all of it's confused glory...

Demi Demi Demi. The interviewer wasn't talking about dinnerware. She was talking about what you like to eat! Since most of the interview was very candid, we're almost positive that Demi simply missed the point of the question (though it looks like she realised her mistake straight away). This face says it all:

​However, she has since tried to cover up the mistake on Twitter and it is pretty darn cringe:

However, the Twittersphere simply wasn't buying it. Nice try Demi.

"@ddlovato: For anybody who actually thinks I misunderstood the question - you clearly don't get my sense of humor" pic.twitter.com/CjySAwamzE

@ddlovato it's ok boo mugs are my fave dish too😂😂😂😂

Do you think Demi was joking about her favourite dish? Tweet us @sofeminineUK!

This Video Of Tom Hiddleston Singing Will Give You Life