Downton Abbey starts next month and the cast have been sharing their ideas for what's in store. With the filming all but wrapped, Michelle Dockery has been talking about Mary's life after Matthew. She reckons suitors better watch out because their predecessors don't have the best track record - for staying alive, that is!

Michelle's been thinking back over her track record with men over the past three series and she's not holding out much hope for a happy ending.

With Dan Stevens' character Matthew dying tragically in last year's Christmas special and her previous lover Kemal Pamuk also passing away, the brunette actress is issuing a warning to her future love interests.

Michelle, 31, said: “When I heard Dan was leaving, my first reaction was, ‘Oh, c**p. What is going to happen? Where can the story go now?’

“We spent all this time having this on/off relationship, and then suddenly it was coming to an end. So initially I was concerned about what would happen.

“But I think that, as much as it was sad to see Dan go, it opens up an opportunity for a new chapter and something quite different for Mary and other characters.”

Michelle added to The Sun: “In this series, Mary actually has more than one love interest. One is an old family friend who she hasn’t seen since she was a child.”

New to the show is Welsh hunk Tom Cullen, who will play family friend Lord Anthony Gillingham, along with Julian Ovenden - who may compete for her affections as dashing young artistocrat Charles Blake.

She continued: “Throughout the series, Mary slowly comes back to life and, of course, it’s important for her to eventually move on.

“But the new actors coming into the show as Mary’s suitors are really brave, because God knows what can happen to them.

“I’m pretty sure that Richard Carlisle (one of Mary's exes) is dead somewhere and we don’t even know about it.”

With the death of Mary's husband, she is left to raise her baby boy alone - something Michelle explains her character really struggles with.

She said: “Mary was never going to be a very maternal mother.

“She’s within the aristocracy and they didn’t really see their kids very much.

“To begin with, it’s hard to bond with the baby because she looks at him and sees Matthew.

“So motherhood is a slow process for Mary. She’s incredibly strong and she has the strength to kind of see it through.

“But it is kind of touch and go in the beginning. She is in a really, really dark place."

But if people were concerned that things were set to turn amorous, Michelle is adamant that would be "inappropriate" and she's hoping it won't happen.

She explained: “There are suspicions about Tom and Mary’s relationship, but they are very much friends, and he is her brother-in-law still.

“I think they become close because of what they’ve both been through having lost a partner.

Fans are desperate to see Downton continue and equally fearful that there will be another shock departure from any key actors.

So they'll be pleased to hear that Michelle has hinted at a full cast sheet for series five.

She said: “What’s wonderful is that the show opens doors for all of us. Dan is obviously doing brilliantly since he left the show, but we can all do other things in between.

“And as far as we know, we are all doing series five next year.

“Beyond that, we really don’t know. That’s in the hands of Julian Fellowes and producers. I think so long as the core cast remain it will be fine.

“If other actors start leaving, I think that would be a worry. It’s been fine so far, and so long as it remains as an ensemble, which essentially is what it is, we’ll see.” 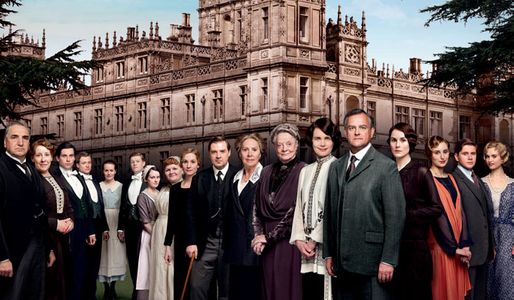