by Francesca Menato Published on 6 August 2013 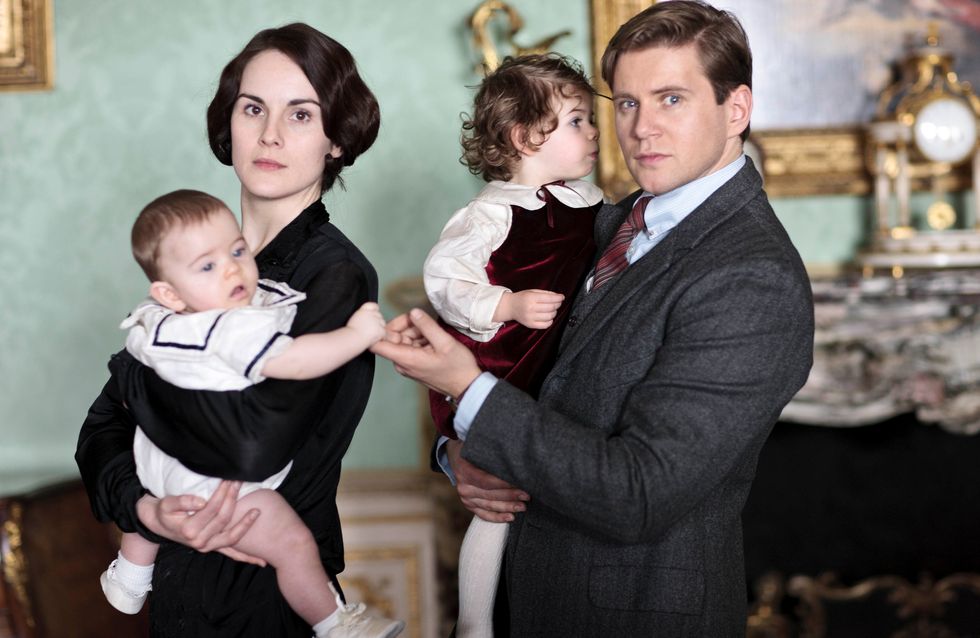 The new series of Downton Abbey is set to grace our screens in autumn this year and we can't wait! We've seen a few snapshots from the next season and thought we'd give you a round-up of all the things we can expect from the ITV smash.

With Matthew Crawley - played by Dan Stevens - tragically dying at the end of the Christmas special in series three, Lady Mary is now a widow with a baby boy.

This means, of course, that bosses at ITV have brought in a few eligible new actors to get tongues wagging over who may be in line to mend her broken heart.

New to the show is Welsh hunk Tom Cullen who will play family friend Lord Anthony Gillingham, along with Julian Ovenden who may compete for her affections as dashing young artistocrat Charles Blake.

Daisy Lewis is one of Downton Abbey's new faces and will help Tom Branson - played by Allen Leech - get over the loss of his wife Lady Sybil.

The actress has been brought into the show as the live-in governess of Tom's daughter - though her character name isn't yet known.

Peter Giamatti will appear in the series four Christmas Special.

The American actor will play Harold, a “maverick, playboy brother of Cora and uncle to Mary and Edith”.

We always love it when the Americans come to town!

4. The Arrival of Jack Ross

The casting notes revealed that, "overall he should be a very attractive man with a certain wow factor.”

Lady Rose MacClare has a reputation for pushing the boundaries and it seems she'll be doing it again in season four.

Photographs were taken of Lily James - who plays the young aristocrat - in a boat with dashing singer Jack.

7. Just why Lady Sybil and Matthew Crawley had to die

Writer Julian Fellowes explained that the characters who live upstairs have no option beyond death if they want to leave the show.

He said: "When an actor playing a servant wants to leave, there isn't really a problem - they get another job.

"With members of the family, once they're not prepared to come back for any episodes at all, then it means death.

"So we didn't have any option, really. I was as sorry as everyone else."

Don't panic - but some of the cast were spotted filming in London earlier in the year.

A number of the servant characters were seen taking some time out from leafy Yorkshire to visit the capital.

He added: "I'm really, really grateful for Julian for that. My storylines are phenomenal... And I'm not going to die in a car crash!"

Michelle Dockery admits: I love playing the b**ch of Downton Abbey by the editorial team