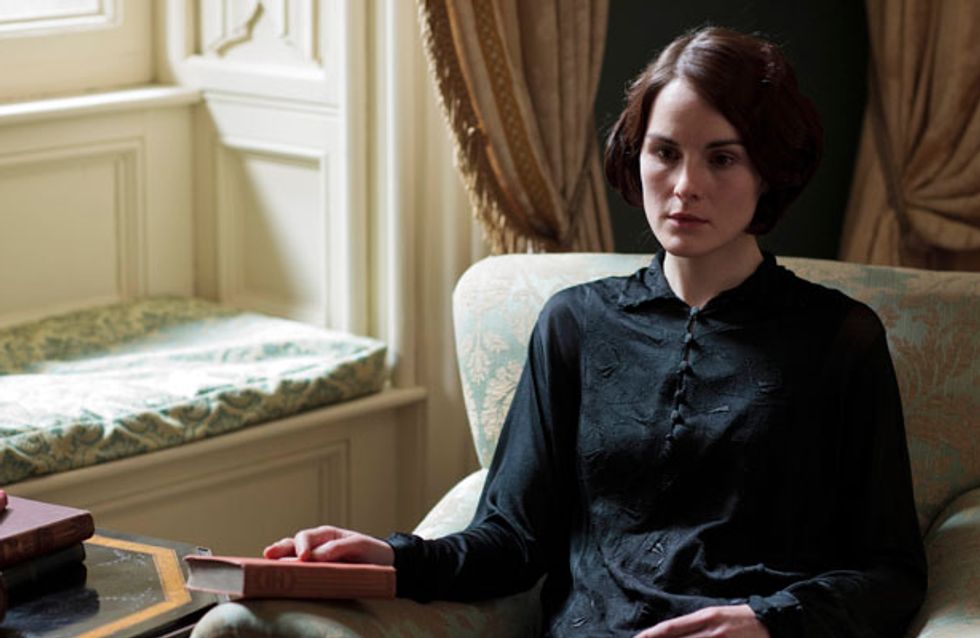 Downton fans rejoice! A date has finally been announced for the airing of Downton Abbey series four! On the 22nd September Lord Grantham's family and the staff that keep them will be returning to ITV. Here's a look at what's in store for the first episode, but be warned - there will be spoilers!

We return to Downton six months after the death of Lady Mary's husband Matthew and we find the eldest daughter of the house still entirely consumed by grief.

She struggles with the sight of her son, who does nothing but remind her of what she's lost.

Mary also continues to take pleasure in any opportunity to cut down her sister Edith.

Laura Carmichael interview: Downton Abbey star talks romance, writing and a new era for Lady Edith
We sat down with Laura Carmichael, one of the original stars of the ITV smash hit Downton Abbey, and asked her all about the show that put her on the map. And - most importantly - what we can expect for Lady Edith and the rest of the characters in our favourite period drama. She told us about the romance, writing and life in the big smoke.

This is Lady Edith's season. Unlike her sister, she's having fun and finally experiencing romance for herself - this time with her editor Michael Gregson.

Edith is using the changing society to experience a whole new side of life.

She's visiting London, she's dining out with a man, she's writing for a paper - and no one is going to stop her.

Lord Grantham and Lady Cora are past their personal marital issues but are still butting heads.

Cora believes Lady Mary needs to be helped by taking on more, while Lord Grantham wants to shelter her from everything.

Besotted with his little Sybbie, Tom is finding his way as groundsman of the big house.

One thing that helps is the mutual understanding between himself and Lady Mary.

No one knows the grief they are feeling like they do.

It's Valentine's Day in Downton and cards arrive for everyone. Daisy is convinced Jimmy sent her a note and Ivy still has eyes for no one else.

Bored Jimmy invites Ivy to the pub - much to Alfie's dismay - but the night ends without scandal and with some vomit...

Meanwhile, Thomas Barrow is consistently living above his station and the nanny makes a big mistake when she becomes his enemy.

Downton Abbey kicks off on 22nd September on ITV.

#Downton Abbey
From hair ideas to outifts, look no further for your daily inspiration