Ellen DeGeneres Orders Hollywood Stars Pizza, And It Is Amazing 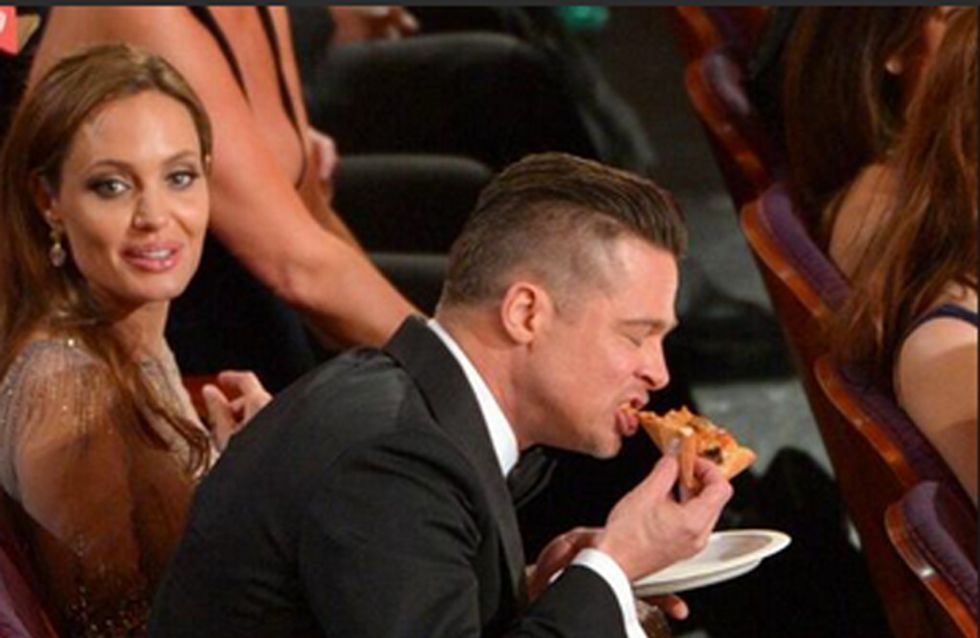 We knew this year's Oscars would be something special when it was announced that Ellen DeGeneres would be hosting, and her quirky antics totally lived up to our expectations, especially when she decided to order the hungry Hollywood A-listers some pizza. We don't think we'll ever see Brad Pitt hand Meryl Streep a slice of pizza on the plastic plate again. It was a special moment in history!

Ellen DeGeneres realised that those poor, suffering Hollywood A-listers might need some refreshments to keep them going as they politely clapped the winners, and offered to buy some pizzas. It started out well enough, with Kerry Washington absolutely up for some pizza...

Then when the pizza boy came - who was legitimately a pizza boy and not just a backstage hand dressed up - arrived and passed around the pizzas, with the help of Brad Pitt. Honestly, watching Brad Pitt dish out pizza to Julia Roberts was amazing. Amazing.

Brad Pitt then obviously enjoyed his own pizza, whilst surprise surprise, Angelina Jolie passed on the pepperoni.

Unfortunately for Ellen though, she didn't have any cash to pay the pizza boys - and casually asked the biggest paid Hollywood stars if they had any money, using Pharrell's hat to collect donations.

With all of the celebrities happy and full, it was time for Ellen to indulge in a Twitter selfie, which has gotten over 2 million tweets and actually broke Twitter!

If only Bradley's arm was longer. Best photo ever. #oscars pic.twitter.com/C9U5NOtGap

So, Ellen is the greatest host ever, right? Agreed? Tweet us @sofeminineUK