by Vivian KELLY Published on 12 September 2013 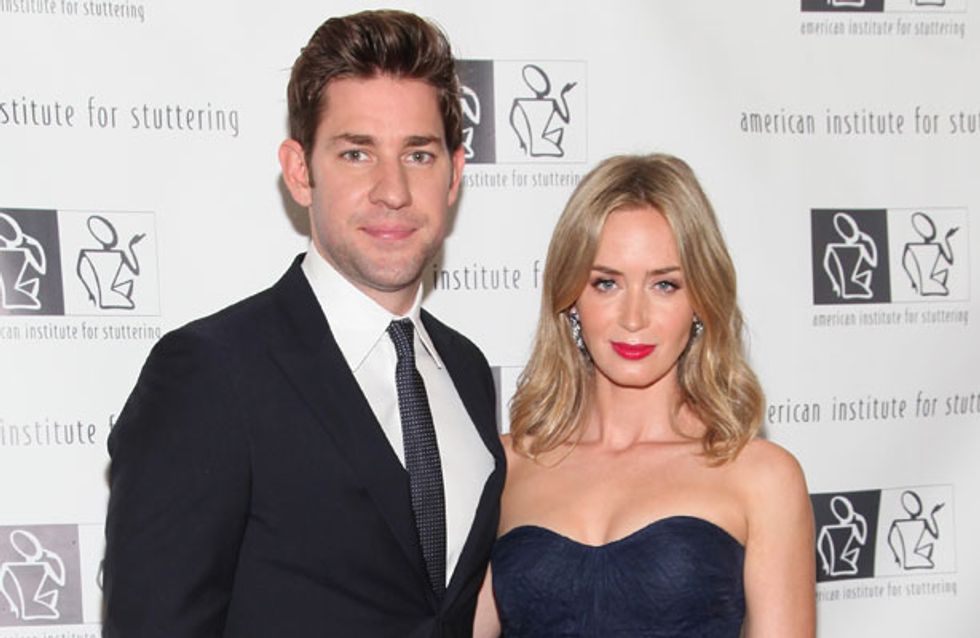 Since getting hitched back in 2010, it looks like these two peas in a pod are finally ready to start a family of their own. We're so happy to find out that Emily Blunt and John Krasinski are expecting their first child in just a few months! Congratulations you two!

The Devil Wears Prada Star Emily Blunt and goofy hubby John Krasinski are going to be parents soon! A representative for the actress confirmed that they will be having their first child in just a few months.

The pair have really been looking forward to this moment and they have even moved into a bigger home for the baby's arrival.

A source told US Weekly: ​"They both want kids, it's one of the reasons they got a bigger place, in a neighbourhood that you can raise a family. They both couldn't be more excited."

It's evident that John has been a huge influence in Em's life ever since they met, for both of them in fact - they always have something super sweet to say about one another.

Just earlier this year, Emily expressed her love for John to InStyle magazine.

​And she's been having the time of her life ever since.

Last year, she spoke to Manhattan magazine about married life with John and their hopes to build a family.

She said: "This is what I find difficult about talking about my marriage: It's hard to sum up something that's so vital and means everything to you in a sound bite. Do you know what I mean? All I can say is that it's an effing blast.

"We want to have children; I just don't know when yet...I'm just not sure about the timing of all of that. We're both from big families, so I think it's something we want."

Bear in mind they were already married for two years at this point - they really do sound like the perfect couple.

John said when he first met Emily he knew she was going to be someone special in his life.

On the Ellen DeGeneres show he said: "It was one of those things where I wasn't really looking for a relationship and I was thinking I'm going to take my time in L.A. Then I met her and I was so nervous. I was like, 'Oh god, I think I'm going to fall in love with her.' As I shook her hand I went, 'I like you.'"

These two are just too cute. Do you agree? Tweet us @wewomenusa

by Vivian KELLY
#Baby
From hair ideas to outifts, look no further for your daily inspiration