by Emmy Griffiths Published on 28 January 2016 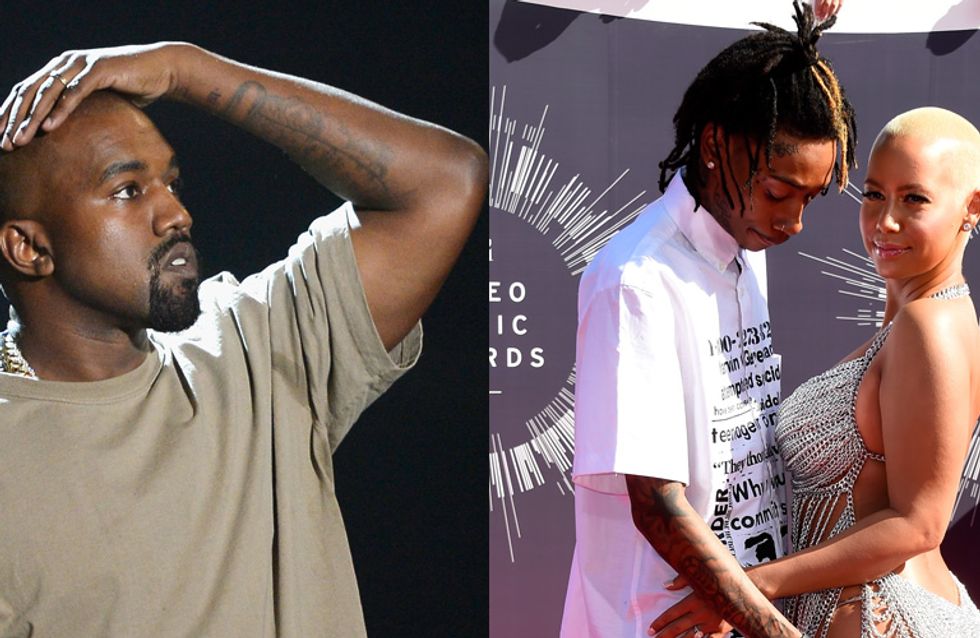 Oh Twitter, you 140-charactered mindless entity of random thoughts and trends. Whether you use it for news, for sports, just to document what you had for lunch, let's face it: every Twitter user feels a rush of glee when a celebrity Twitter spat breaks out. It is the ultimate mindless entertainment. It is watching real life drama unfold in real time, and Kanye West and Wiz Khalifa's spat last night might just be our favourite one ever. What a time to be alive folks.

Kanye West lost it last night ladies and gentlemen. He lost it big time. Naturally we were there with a bucket of popcorn feeling a rising thrill of expectation at every tweet. Especially when he began to number them.

This was the Twitter storm to end all Twitter storms. He might not be going down in history as the greatest star who ever lived (much to his confusion), but this rant is definitely one for the books.

It all began when Wiz Khalifa (you know, that guy who sang 'See You Again') tweeted a tentatively negative comment about Kanye West's new album, Waves.

He's the reason I sing on all my songs. That's the wave. If theres nothing wit that sound ITS NOT WAVY.

He then went on to showcase an example of what he believed to be 'wavy.'

Just so you know what true waves are. https://t.co/Mot3ab1Kuu

Alright alright alright. A little bit of constructive criticism isn't so bad, right? But since Kanye is not well known for a. taking the high ground, b. keeping his life private, c. any common sense whatsoever, the rap star tweeted back in what can only be described as one of the most glorious and mighty Twitter rants of all time, ranging from hysterical to furious to narcissistic to seriously chilled out.

At one point he used Kim Kardashian's emoji kit, seemingly in the wrong context.

Then he became strangely complimentary (or sarcastic? Does Kanye know what sarcasm is?)

Then he was just fed up in general by Wiz's attitude and how it had affected him.

Then he realised he probably flew off the handle (just a tiny smidge), and backed it up, deleting all of his previous tweets (despite the fact that they are obviously going to be carved into stones to ensure preservation for future generations.)

As you can imagine, the good people of Twitter were greatly enjoying the rant. We were in the middle of history being created, and everyone wanted to get in on the action.

My personal fav was #8 @kanyewest 🔥

Imagine logging on to Twitter after not being on all day. IMAGINE trying to work out what on earth is going on here.

But then, something changed. A new player entered the game. Before now was simply the calm before the storm, the deep breathe before the plunge. Amber Rose (AKA Wiz's ex-wife and the mother to his child as well as Kanye West's ex), tweeted, and in 140-characters basically DESTROYED old Yeezy.

Awww @kanyewest are u mad I'm not around to play in ur asshole anymore? #FingersInTheBootyAssBitch☝

Yeezy came with Waves, Amber came with a tsunami pic.twitter.com/IUHuegF7MN

"RT @DaRealAmberRose: @kanyewest are u mad I'm not around to play in ur asshole anymore? #FingersInTheBootyAssBitch" pic.twitter.com/SEWfUKqgxy

Guys, we know it's all trash, but we can't help but giggle. Did you enjoy the spat? Tweet us @sofeminineUK.