What I Learned From Game of Thrones Season 5 Episode 4: Sons of The Harpy

by Emmy Griffiths Published on 4 May 2015 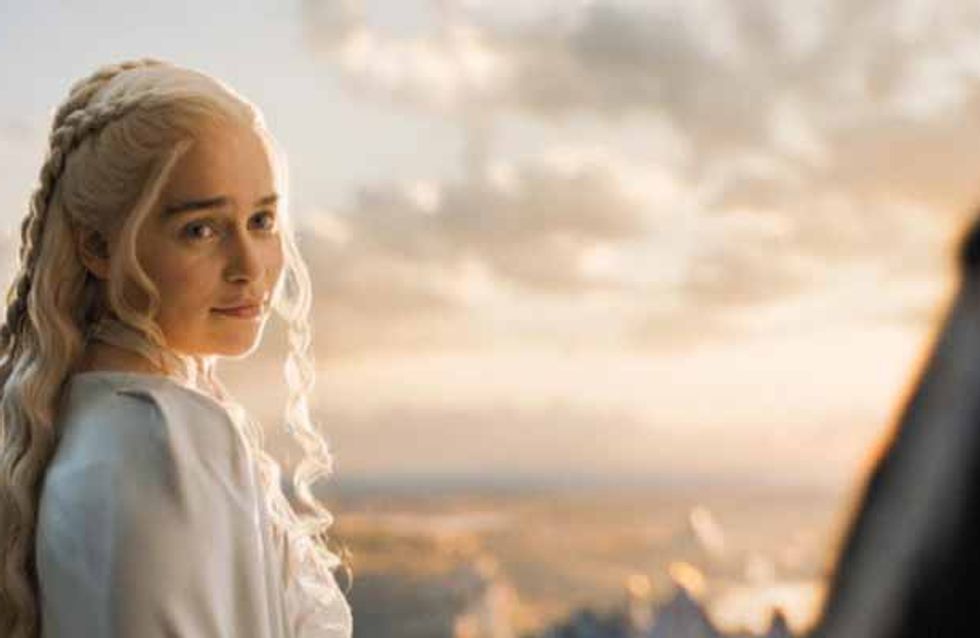 It happened people. Season 5 of Game of Thrones has taken it's first victim who we actually liked. *SPOILER ALERT* Ser Barristan died fighting (like he probably would have wanted to), but it doesn't make it any less miserable. So whilst we attempt to stem our tears and quote 'Funeral Blues' to each other, let's also take a look back at the otherwise brilliant episode 4, shall we?

Cersei has made her move, and it was reckless

We all knew that the Queen Mother (or Dowager Queen?) would never let that smirking whore from Highgarden get the upper hand in their cat fight, but Cersei has gone to terrifying new lengths to get what she wants.

Arming a fanatical religious order just so they can arrest Margaery’s brother is probably the stupid thing Cersei has EVER done, particularly when you consider that her former flame and husband-murderer Lancel Lannister is now a devout Sparrow. To quote Cersei herself: “Too often the wicked are the wealthiest beyond the reach of justice.”

Where do you think this will lead Cersei you utter, UTTER fool?!

Poor Tommen. He just wanted to eat his dinner then play with Ser Pounce in peace but now he’s an unwitting pawn in a game that he really ought to be owning.

Going to the High Sparrow to order Ser Loras’s release was a bold move but poor Tommen doesn’t have the heart to order a group of holy men murdered at the Sept, especially when their followers are screaming slurs about his more-than-disturbing parentage. So, our favourite little abomination goes back home to wife to tell her he couldn't actually do much about the situation, despite being the bloody KING.

I LOVE how he’s still hopeful that a furious Margaery will bone him though. DO YOU KNOW NOTHING ABOUT WOMEN TOMMEN.

Signing up Robb’s murderers's men to the Night’s Watch couldn’t have been fun, but Jon’s nothing if not honourable and they need all the men they can get on that accursed Wall. At least he’s not entering into marriage with one of them though. Still not at Sansa’s level of screwed.

He almost cheered up for a second though when Melisandre walked right in and took her clothes off. We all know he has a thing for redheads but we’re SO glad he pushed that smug witch off him. For all we know she wanted to make another horrible smoke baby and Jon is too good for that sh*t.

Also, can we stop with the “You know nothing, Jon Snow?” quips? We get that it was revealing that Melisandre far more about Jon Snow than she should (secret sexy moments in caves, for example), but it’s become too much of a catchphrase.

Someone get Stannis a Westeros's Best Dad mug please

Princess Shireen is sweet, kind and smart, and yet all her horrible mother whom I dislike intensely can see is that she’s a girl, not the boy and Heir Stannis deserved, and her face is scarred. Since she treats Shireen like sh*t ALL THE TIME, it’s no wonder she had to ask Stannis if he was ashamed of her.

His answer, about how she was infected by a plague-ridden wooden doll and he did everything to save her and told them all “to go to hell” when they suggested sending her away had us bursting with pride for a new side of Stannis we haven't seen before. Especially this:

“You do not belong across the world with the Stone Men. You’re the Princess Shireen of House Baratheon. And you are my daughter.”

Bronn and Jaime LADS ON TOUR

I loved Bronn and Jaime’s conversation about how they’d want to die. I can only assumed when Jaime said: “In the arms of the woman I love”, he meant Brienne. Yeah? YEAH?

Still it looks like Bronn is seriously regretting what he’s let himself in by going on a road trip with a one-handed man, namely doing all the rowing and burying all the corpses.

The flaw in Littlefinger’s plan

Lighting candles in the Crypt at Winterfell and finding the feather that Robert left for Lyanna left Littlefinger to tell Sansa all about Lyanna's past with Rhaegar Targaryen, before the pair speak about Littlefinger’s plans to make Sansa Wardeness of the North and how she must make Ramsay Bolton “hers.”

Here's the problem: sadly what Sansa and Littlefinger don’t know, but we do, is that Ramsay Bolton is a sadistic psychopath. Good luck with that one Sansa.

Ser Jorah is an idiot

To be fair, it is pretty hilarious that Ser Jorah would kidnap Tyrion to give him to Daenerys when Tyrion was already on the way to see her. As Tyrion says: “risky scheme, one might even say desperate.” Ser Jorah hates banishment even more than the friendzone so it seems he would do anything he can to win Dany’s favour back, but we can’t imagine this is going to be one of his better ideas.

Also: How DARE you hurt a hair on Tyrion’s head Jorah!

“I made my choice long ago”

SH*T, we finally met the Sand Snakes and they are NOT messing around! Oberyn’s bastard daughters will go to any lengths to start a war with the Lannisters and avenge their father, and luckily for them they happen to have a certain Lannister skipping about the Water Gardens who they can savagely murder.

Looks like it’s going to be a race between Jaime and the Sand Snakes to see who gets to Myrcella first.

Who else had a sense of dread when Dany and Ser Barristan were having a father-daughter-esque conversation with each other? It was the first time in Game of Thrones I think I’ve ever actually seen a death coming, although it didn’t make it any less miserable. Dany’s strongest supporters from Westeros have gone, not to mention that Barristen Selmy was a fighting legend and all around really great character. RIP Ser B.

QUESTIONS PLEASE AND THANKS

Surely if Dany just tracked down whoever was making the intricate golden masks she’d get to the bottom of the Sons of the Harpy? Just thinking out loud.

How much did you love Jaime smiling fondly at Brienne's home, Tarth? Ship them.

"Your niece?" Out of interest, do you think ANYONE still believes the Lannister kids are legitimate?

How do you think the Faith Militant is going to go down in the long run?