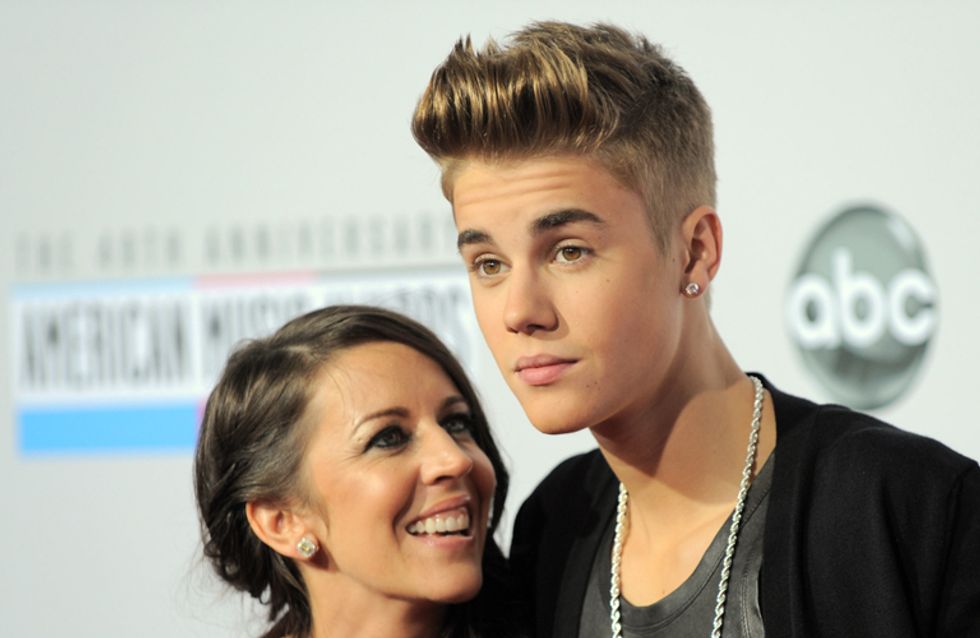 Bieber's recent brushes with the law have shed some spotlight on his mom, Pattie, and it's not been too positive. Maybe she does give her son too much freedom, but it's hard to control a 19-year-old who has millions of dollars right?! Since it's her 37th birthday (you don't look a day over 30, Pats) we'll give her break and list other moms who might need another round of parenting classes.

No doubt Pattie Mallette woke up to a pile of expensive birthday presents from her son, the Biebs, this morning (well he has got a LOT of sucking up to do).

Over the past year, Pattie's had to face harsh criticism over her parenting because of Justin's increasing 'I DON'T GIVE A F$%K' attitude. Fortunately for Justin, his devoted mother will always have his back.

​In her memoir, Nowhere But Up, she described having Justin at 17 and the close bond the two shared after she split with Justin's dad, Jeremy Bieber, and raised her son with the help of her own mother.

But it hasn't all been plain sailing. Patti struggled with a dependency on pot and party drugs but turned her life around once she noticed how naturally gifted her son was at music.

She even used to manage Justin's career, but has taken a backseat in recent years. But since Justin's been spinning a little out of control recently, maybe she needs to take a more hands-on approach. Ahh, again, its her birthday so we'll give her some slack. These mothers though aren't so lucky!

​Here's eight celebrity moms who have done some pretty messed up stuff.

This one's a no-brainer, right? Momager, Kris Jenner, obviously produces beautiful and bootylicious offspring. The absurd success of the Kardashians is almost unbelievable - we mean, they're not particularly talented in anything...well, except for Olympic champion, Bruce, but does he really count as a Kardashian? Kris doesn't seem to think so.

Nevertheless, Kris' relentless efforts to capitalise off her family's beauty and airhead comments is pretty shady even if it's clearly working.

Yup, you probably saw this one coming! They say your kids are a direct reflection of your parenting skills and too bad for Dina, but LiLo's misguided past doesn't reveal anything good about her mom.

​Dina also graduated from Momager University, except she used her degree to party with her daughter and give too much information to the press about her family. She's also lied about her past as a Radio City Rockette and continues to have very public feuds with her ex-husband.

We think she needs to take a step back from her daughter's spotlight and focus on raising her other two children for awhile.

American actress and socialite, Mueller is famous for having twin boys with ex-husband, Charlie Sheen. She's also famous for getting those kids taken away and put into custody with Sheen's ex-wife and Angel Descended From Heaven, Denise Richards.

Since the mid-90s, Mueller has been in trouble for DUIs and drug possession. Addiction doesn't automatically make someone a controversial mother, but the fact that Mueller consciously put her kids in such a toxic environment while married to hard-partier, Sheen, does!

Her kids are now with her brother while Mueller continues fighting her addictions. Let's hope she gets a happy and healthy reunion soon!

The English supermodel has gotten her act together, but she hasn't always been the best parent to her daughter, Lila, who she had with magazine publisher, Jefferson Hack. Throughout the 2000s, she was photographed sniffing the white wave and would let her drug-addled ex, Pete Doherty, look after Lila.

Kate smartened up and left Doherty and her partying lifestyle behind. She married guitarist, Jamie Hince, and still earns millions of dollars as a model.

Drew Barrymore has an infamous Hollywood story. She descended from acting royalty and was left to navigate the seedy world of NYC nightclubs, but how'd she get into that life anyway? Her mother, Jaid, of course!

Jaid took her preteen daughter to Studio 54 and consequently introduced her to the drugs and alcohol that would force Drew to go to rehab twice before turning 15!

​Although Drew has turned her life around, in an interview with Marie Claire this year she admitted that her mother can't be a part of her life at this point. We can't blame her!

Ok, Kate Gosselin gets some props for birthing so many children and using her fame from TLC's hit Jon & Kate Plus 8 to secure financial stability. However...as her kids have grown up they seem more and more uncomfortable with the spotlight, and Kate just ignores it.

In a seriously awkward interview on The Today Show Kate forces her twins, Mady and Cara, to basically talk about how loving she is and how they don't mind being filmed. Except Mady and Cara look like they'd rather be anywhere but in that studio and Kate grows increasingly frustrated that they won't clear up the "inaccuracies" floating around about her parenting.

Please, Kate, let the reality TV dream go and show your kids that they're not just your cash cows!

The former wife of Nirvana singer, Kurt Cobain, has been embroiled in a nasty duel with the media ever since her hubby's tragic death in 1995. The pair had a daughter, Frances Bean, who is the spitting image of her dad, in 1992.

That same year Courtney made the deplorable admission that she used heroin while pregnant. In her defense she didn't know she was with child, but Courtney would continue to have a turbulent relationship with her only child. She's lost custody of Frances numerous times, has overdosed on drugs, publicly threatened suicide, and sometimes belittles her daughter for not reaching out to her.

In 2013, it was revealed that Love hasn't seen her daughter in three years. Get it together, Love, for Frances' sake!

​To pour more salt into the wound, Farrah's "boyfriend," who was supposed to star on VH1's Couples Therapy with her, revealed that he was paid over $20,000 to fake the relationship, but he couldn't go through with it because his guilt ate him up. Ugh, Farrah!

However, the saddest thing about this situation is that despite the money Farrah received from the MTV show, she seems hellbent on using it to party, buy breast implants, and pursue embarrassing ventures.

It's hard to think of her as a role model to her young daughter.

What would you tell these controversial moms? Tweet us @sofeminineUK!