They’re both impossibly good looking, so it makes sense that Harry Styles and Cara Delevingne are hooking up. After months of rumours, it’s been claimed that the pair have been secretly dating for a while - and Harry is super keen. 1D fans, you might want to look away now…

Harry Styles may have millions of women vying for his affections - but there's only one he wants.

The One Direction heartthrob has reportedly "professed his love" for supermodel Cara Delevingne after the pair spent time together in London.

Harry and Cara were recently spotted on a theatre date at The Book Of Mormon - but it seems that was just the latest in a string of dates.

When the lights went down, the pair apparently looked rather cosy, laughing together and whispering in each other's ears.

A source told LOOK magazine: "They have great chemistry.

"Sure, they've always agreed to keep things super-casual and private because of their crazy worlds, but Harry genuinely likes Cara a lot - he has done ever since they met three years ago."

Harry and Cara were introduced via mutual friends and were first linked last year when the 1D star was spotted giving his pal a lift home from a club. 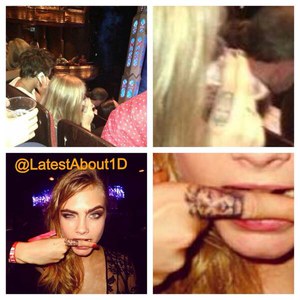 But the romance soon fizzled out after Cara was reportedly told to dump Harry by her modelling agency, who worried he was too "down market" for the Vogue magazine regular.

Now it seems Cara could have changed her mind - while Harry is super-keen to give things a go.

The insider continued: "They've actually had an on/off thing going all this time when they're in the same city, but they've never had the chance to give a real relationship a shot."

Harry cryptically suggested he could be seeing someone at the premiere for One Direction's movie, This Is Us.

When asked on the red carpet about his status as one of the only solo members in the group, he cryptically responded: "Am I single?"

But Harry, 19, might have a tricky task on his hand in persuading Cara to make things public, as she recently insisted she was over men.

The 21-year-old told Industrie magazine: "I’m done with boys, they’re so annoying, all they care about is their willies."

Cara even added that she wished she had more of a male attitude to life: "I want to behave more like a boy. I want to be the strong one. People see me being a crazy b**** but I’m the opposite inside." 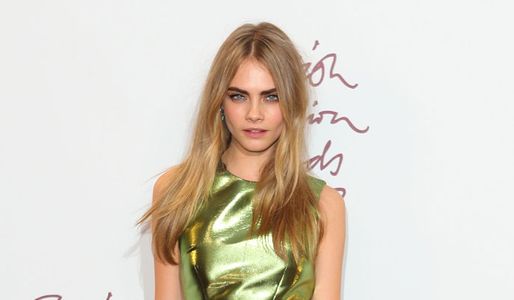 Esme Riley
…
hook-up
From hair ideas to outifts, look no further for your daily inspiration