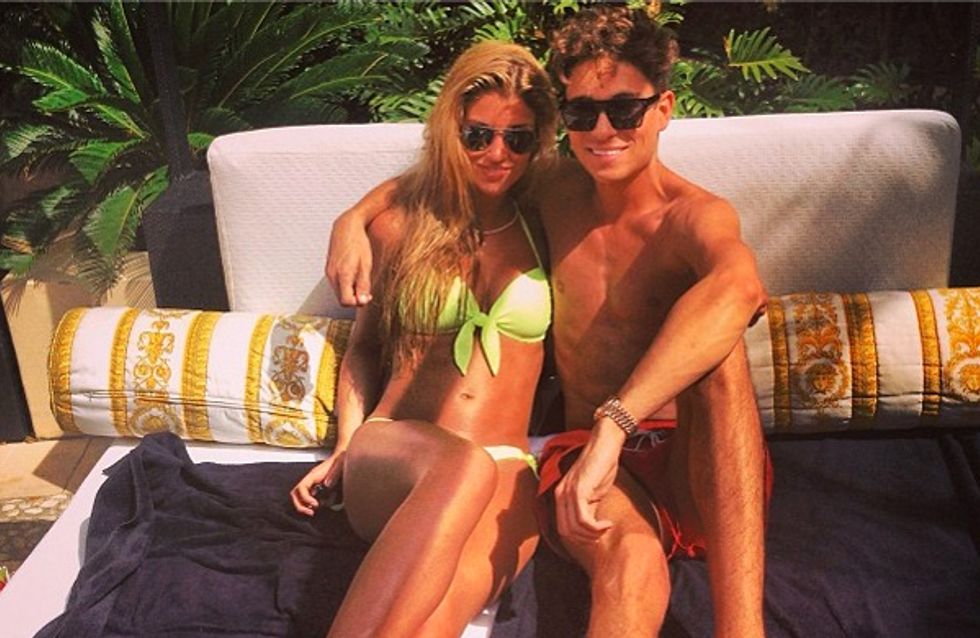 We can confirm what I’m A Celebrity…Get Me Out Of Here fans have long suspected – Amy Willerton and Joey Essex are officially a couple. The pair have not left each other’s side since getting out of the jungle on Friday night, and now that the cameras are no longer capturing their every move, the reality TV couple are keen to give things a go. We’re happy for them!

The sexual tension between Joey Essex and Amy Willerton in the I’m A Celeb camp was clear for all to see, although things never went past the flirty stage for the pair.

But now cameras are no longer in their faces 24/7, the reality TV stars are said to be keen to see if this really could go somewhere and have been hanging out non-stop.

First they were spotted by the pool of the luxury Palazzo Versace Hotel, then the pair indulged in a massive junk food feast after weeks of having to get by on rations of rice and beans in the jungle.

Quizzed about his new love, Joey admitted to The Mirror: “Our first date was amazing.”

Reluctant to admit more at this stage, the 23-year-old TOWIE star did say “yes” when asked if the two of them were an item.

At the wrap party for I’m A Celebrity, Joey and Amy reportedly showed up arm-in-arm and also went back to their hotel together at the end of the night, with a cheeky stop off at McDonald’s for some more junk food.

Following the event, Amy said: “We’ve had a lovely night together. The party was amazing. They know how to have a good time here.”

“Mind you, we have been drinking since 5am.”

The pair are super skinny – so heaven knows how they managed to put all of that away!

As well as attending the wrap party together, reports claim that The Only Way Is Essex star has been reluctant to leave model Amy’s side since leaving the camp.

Allegedly before the wrap party, Joey had a little strop and in his own words, “confrontated” producers because they wanted him to go in a separate cab to the party, but he wanted to wait for Amy.

One eye witness told The Mirror: “A car was waiting to take Joey to the bash, but he had a meltdown and kicked off with producers saying he won’t leave without her.

“He got to the hotel door then turned around and stormed back inside after a few heated words.”

“Later he returned with Amy and her dad. They all got a car together.”

But while bookmakers are offering odds of 10-1 for Joey and Amy to follow the example of Peter Andre and Katie Price and get hitched, Amy’s dad Bruce seems to think that they will just end up being friends.

He admitted: “Amy usually goes for intellectuals. I think he’s a lovely guy – he’s welcome around our house any time. But I think he’s more of a friend than a boyfriend.”

Considering the fact that Joey thought the First World War ended in 1979, it’s pretty clear that the reality star is not what one would consider to be an intellectual.

Do you think Joey and Amy will last? And what about Sam Faiers? Tweet us @sofeminineUK!