I'm A Celebrity...Get Me Out Of Here Cast Confirmed: Meet This Years Celebs! 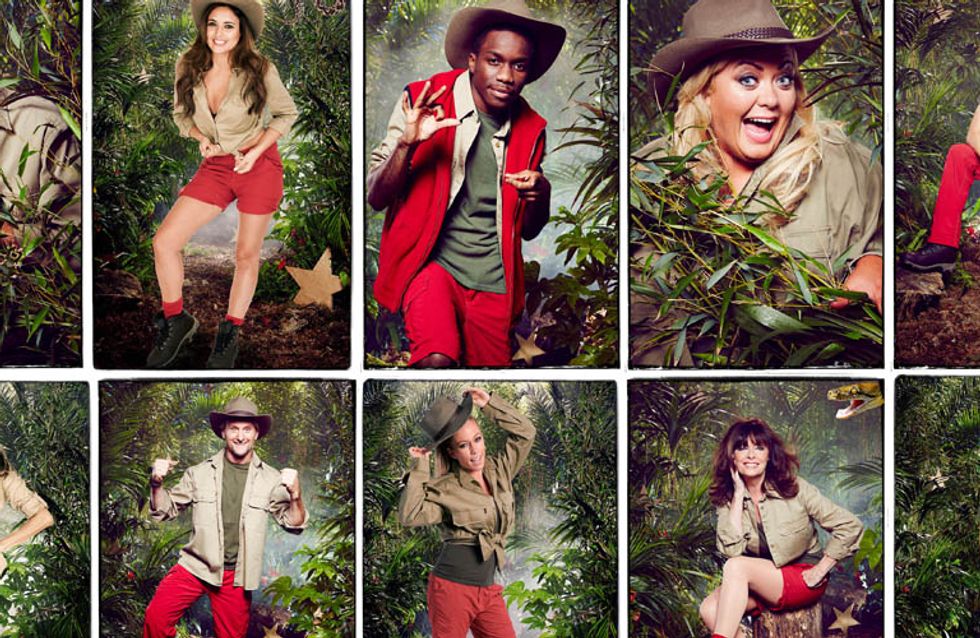 We've watched, we've waited, and finally the celebrities who will be taking part of our favourite bug-filled reality TV show are here! Meet this year's line-up and let's all start casting our votes for who will be crowned Queen or King!

Tinchy Stryder is a 28-year-old rapper who is in a relationship, and yet his dream camper would be Rihanna. For her personality then Tinchy?

Kendra is a reality TV star and model, and is a happily wedded woman! It sounds like she might be the wimp of the series, since she's scared of bugs, snakes and free fall. Whoops.

TV presenter Melanie hates heights and claustrophobia, so no voting for her to go into those cave bushtukka trials you pesky public you!

The 'Allo 'Allo actress hates snakes and spiders, and would love to be in camp with Christopher Biggins. A few years too late, but we like her style! Biggins was the best.

Model and singer Nadia is single and ready to mingle, which is good since she can find a beau to help her with her phobias of creepy crawlies, heights and the dark. Wonder how she feels about EATING creepy crawlies? She may have signed up to the wrong reality TV show...

The World Superbike champion hates boredom, so let's hope he keeps things interesting in there!

Every TOWIE fan already knows that Gemma is going to be absolutely amazing to watch!

The Red Dwarf actor would love to be in the jungle with Stevie Wonder (pssh, as if Craig!) and definitely doesn't want to do an eating trial. Only time will tell...

Jimmy used to play for Wigan, and is determined to have a good time in the camp. He said: "There won't be any boring times as I will make sure there aren't!" Mmmkay.

News reader and war reporter Michael hates cats, but he's pretty confident he won't be seeing any of them in the jungle, unless they get a camp pet!

Who are you most excited to see in the jungle? Tweet us @sofeminineUK!