Is This A Photo Of Lana Del Rey And Jennifer Lawrence Making Out? 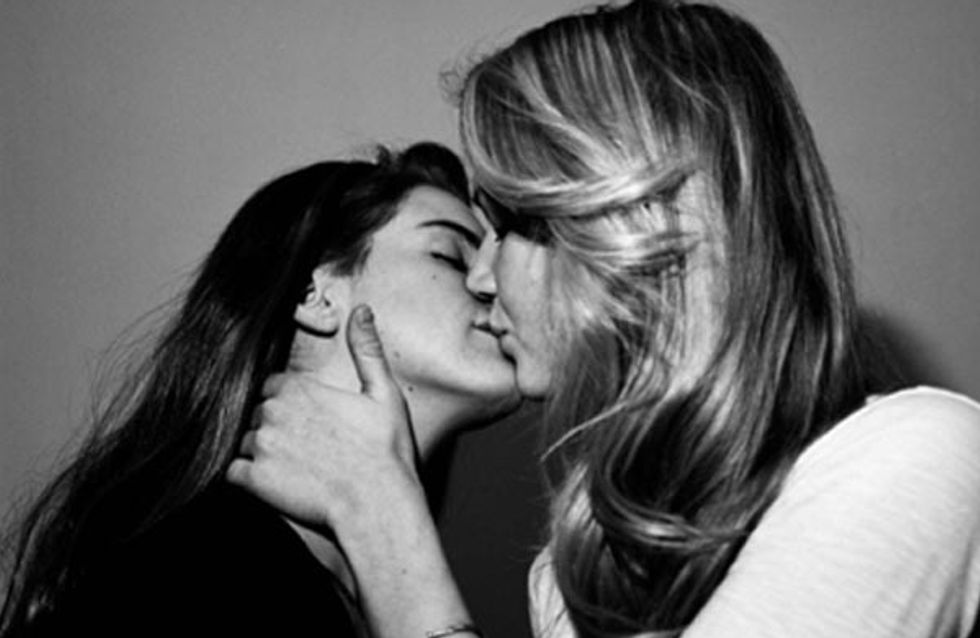 Lana Del Rey fans and the entire universe (aka Jennifer Lawrence fans) have been freaking out over a picture circulating on Twitter that shows the pair apparently kissing. Take a look!

So is the picture legit? Nah! Anyone whose a Jen fan knows she had her long locks chopped off earlier this year, so nobody panic!

It turns out that the Jennifer Lawrence lookalike kissing Lana Del Rey is actually Lana's sister Chuck Grant. We think the truth is actually much, much weirder than the lie. Why are they kissing if they're sisters?!