Jasmine Waltz was quite obviously and embarrassingly scorned following her exit from the Celebrity Big Brother House as Lee Ryan turned back to his original love interest of the series – Casey Batchelor. However, it seems that the lucrative perks of being in a showmance are one step ahead of - you know - dignity, since Jasmine has revealed that she is with Lee and the pair are taking things slow. Sigh.

Nobody chooses to go into Celebrity Big Brother for fun, do they? The show is a great opportunity for Z-listers to get a little bit of prominence, and even upstart their careers, and sometimes it works brilliantly! Especially when love and scandal is thrown into the mix.

So if anything good can be said about Blue’s Lee Ryan, it’s that he did just enough in the CBB house to revamp Blue’s career, as they released a new single the other day and are currently on tour, and he has also appeared on the cover of this week’s edition of OK! Magazine with (one of) his house love interests, the gorgeous Jasmine Waltz. 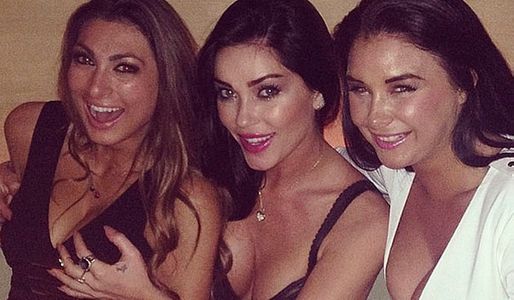 The couple shared details of their new romance, and their adoration for publicity each other.

The Blue boy band member gushed to the magazine: “I fancied her when I saw her because she’s beautiful. We text each other a lot and talk on the phone a lot. I’m trying to build a relationship with her outside the house in our personal lives. I really care about her.”

Although they didn’t confirm a fully fledged, Facebook official relationship, Lee confessed he would “love” to have one, whilst Jasmine revealed: “I think I just want to take things slow and see how it goes. I’m not going to count it out [a relationship].”

Apparently Luisa and Jasmine, who were raunchy enough in the CBB house, did much more that the producers decided not to show. Luisa revealed in an interview with the Daily Star: “We did a lot, lot, lot more”, then proceeded to explain how they turned an electric toothbrush into a sexy toy. We do not want to know.

Do you think the pair will be in a relationship? Tweet us @sofeminineUK