It sounds like our favourite actress Jennifer Lawrence may have bitten off a lot more than she could chew with The Hunger Games’ franchise, as the director of American Hustle has come forward with his beliefs that she is being worked to the bone for the hugely successful series. We think that the Hunger Games’ director should probably remember that JLaw isn’t actually her ass-kicking onscreen counterpart Katniss Everdeen, and should be given a break every now and then!

The director of Jennifer Lawrence’s new film American Hustle has come forward to express his dislike for the way she has been treated when filming The Hunger Games series.

The 23-year-old signed up to The Hunger Games franchise when she was just 20, taking three days to accept the role as she was intimidated by the size of the movie. It turns out for good reason too, as it sounds like she has an immense workload. 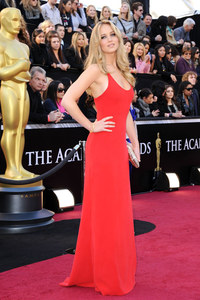 The director of American Hustle, David O. Russell said: “I think they should give her breathing room over there because they’re printing money, but she’s a very alive person…talk about 12 years of slavery, that’s what the franchise [The Hunger Games] is.”

Wow. A slight overreaction perhaps? He definitely isn’t holding back with his opinion either, as he also told Yahoo!: “being in the Hunger Games, they just keep her on a hamster wheel and then she spends her vacation on American Hustle.”

It does sound like JLaw has a lot on her plate at the moment, particularly as last November she went to hospital due to exhaustion. The film franchise has proven to be damaging her health in other ways as well, as she also got stuck in a smoke filled tunnel when a fog machine broke during filming.

A source revealed at the time: “After several scary minutes, a rescue crew finally found the star and carried her out, hacking and gagging. Jennifer’s one tough gal, but she looked really shook up, and kept complaining that she felt very nauseous – like she was suffering from vertigo.”

All of Jen’s hard work hasn’t been for nothing though, as the actress won a Golden Globe award for Best Supporting Actress in American Hustle, an accolade that she apparently wasn’t expecting. She said: “it’s kind of unbelievable, genuinely unbelievable. I can’t really process it. It’s such a huge honour.”

Do you think she’s being worked too hard? Tweet us @sofeminineUK