Justin Timberlake has come out to apologise for a name clash between his single Take Back The Night and an anti-rape charity foundation with the same name. Despite assurances it was accidental, the charity isn't too impressed - especially given the sexual content of the song's lyrics.

Justin Timberlake has released a statement to address the accidental name clash between his song and an anti-rape charity.

Justin was unaware his single Take Back The Night shared its name with an organisation working with rape victims.

The Take Back The Night Foundation has threatened legal action against the Wireless headliner, alleging that he used their trademark without permission.

"I wanted to take this opportunity to let all know that neither my song nor its lyrics have any association with the organisation.”

She said: “They claimed he’d never heard of us before he wrote that song.

"It’s a big song, and he didn’t take the necessary steps to make sure that it was appropriate.”

Justin Timberlake posts photos from Taco Bell after People’s Choice Awards
What does Justin Timberlake do after winning three People’s Choice awards? Go to Taco Bell, of course! After taking claiming Favorite Album, Favorite R&B Artist and Favorite Male Artist, the singer posted pictures to Instagram of him posing and laughing with Taco Bell staff and patrons. That’s one way to celebrate!

She added: “The lyrics are definitely very sexual and not at all clearly anti-sexual violence. ‘Use me’, for example, is not a great phrase for anyone affiliated with [this] organisation.”

Justin, 32, made a last attempt at styling out his error, saying that he hopes it will bring "more awareness to this cause".

Meanwhile, Justin proved he's a decent guy really when he was in London for the Wireless music festival at the weekend.

The multi-millionaire snubbed the flash hotels in the capital in favour of the Premier Inn in Stratford, which is right by the arena.

A source told The Sun: “We’re having a chilled-out get-together with the guys after the gig - beer, cider, burgers and chips, no frills.

"Justin doesn’t like too much fuss and we’re leaving early to go back to the US anyway.”

Oh JT you really should have given your song a good Google - but we still love you for the classy hotel move.

What do you think - are the charity being too harsh on Justin? Tweet us @sofeminineUK 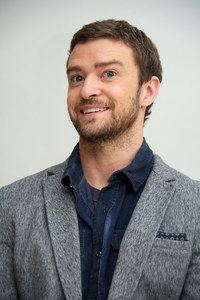 WATCH: Justin Timberlake helps a fan propose to his girlfriend during his concert

by the editorial team
+
All the news about Justin Timberlake