Home / Entertainment / News celebrities / Ke$ha to her fans: "I'll be back soon and better than ever"

Ke$ha to her fans: "I'll be back soon and better than ever"

by Teddi Ginsberg Published on 22 January 2014 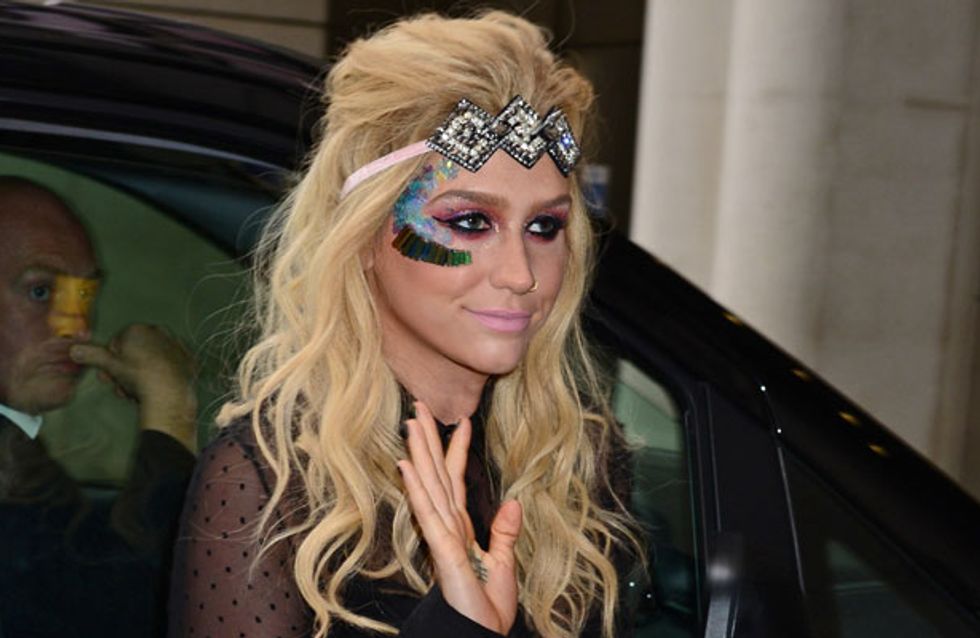 The new song "Timber" by Pitbull featuring Ke$ha is currently number one on the Billboard Hot 100 chart, but the latter party isn't around to celebrate. Ke$ha announced at the beginning of the month that she was entering rehab to treat her eating disorder, and has been there ever since. A recent message has reassured fans that the singer is recovering and plans to be back on the scene as soon as she can, "better than ever".

At the beginning of the month, Ke$ha announced that she was entering a rehab facility to treat her eating disorder.

The singer made statement to People, saying, "I'm a crusader for being yourself and loving yourself but I've found it hard to practice. I'll be unavailable for the next 30 days, seeking treatment for my eating disorder ... to learn to love myself again. Exactly as I am."

The singer has legions of fans invested in her well-being and recovery. Ke$ha used Twitter yesterday to communicate that she'll be "back soon" and "better than ever". (She doesn't have access to the social media site at her facility, so she asked a friend to Tweet on her behalf.)

she says "THANK YOU. SOOO MUCH. I'm overwhelmed to tears by all of the love, letters, and support!! I'll be back soon and better than ever

ohhh and she can't believe Timber is still number one! "Fck YEAH animals! PARTY ON!!!!"

In an interview with Seventeen last year, Ke$ha said, "I remember every person who told me I couldn't do something or that I was ugly or too fat. People in the music business were like, 'You're never going to make it.' I see them now and I'm like, 'Ha!'"

It's unfortunate that those words got to her, but her take-charge attitude concerning her health is admirable and inspiring.

10 hours after the initial Tweets were posted, Ke$ha's friend returned to again reassure her fans that the singer is doing just fine.

Hey guys this is K's friend again. She's doing well and needs more of your teeth to make art with at the treatment center. She misses you :)

We love that the singer has made the effort to communicate to her dedicated fans during this difficult time. We wish her a speedy recovery.

by Teddi Ginsberg
From hair ideas to outifts, look no further for your daily inspiration

America
by the editorial team