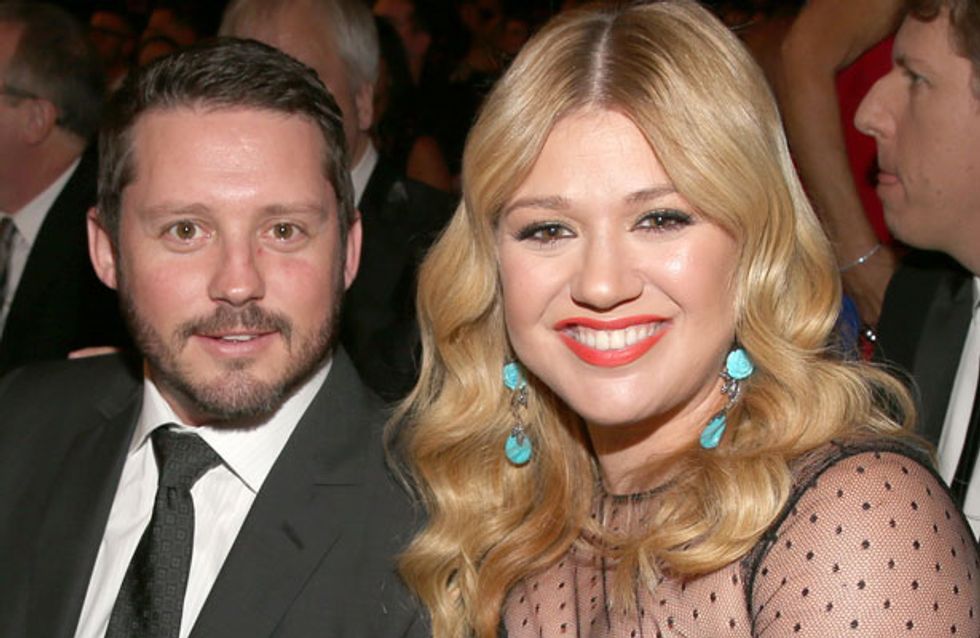 Kelly Clarkson announced in August that she and fiancé Brandon Blackstock would be eloping as she found wedding planning too overwhelming and time-consuming. It is a girl's prerogative to change her mind, and KC did just that! The singer-songwriter announced via Twitter that she and Brandon tied the knot over the weekend.

Kelly Clarkson is famous for winning the first-ever American Idol. She's always been known as the girl-next-door type, never one to get in trouble with the tabloids or apologise for too much partying.

Instead she kept her eye on the ball and focused on her singing career, churning out hit after hit.

She claims, however, that despite all of her professional success, she never thought she'd be the type of girl to settle down and get married - until she met Blackstock, that is.

The singer met the music manager back in 2006 and admired his easy going personality and kind demeanour. She knew almost immediately that this was the man she would end up with.

And Kelly was right! Though the duo originally planned to celebrate their nuptials with an earthy wedding in the garden of their Nashville home, they ultimately agreed that they didn't want a traditional wedding celebration.

We got married yesterday at Blackberry Farms in TN, the most beautiful place ever!"

On eloping, Kelly said: "Our whole life is a celebration. That's what we kept laughing about. We don't need another day where we throw a big party. We would rather have an intimate moment that's special."

She wed Blackstock in a long sleeved lace gown by Temperley London that perfectly suited the down-to-earth singer's personality - a little sweet, a lot of rock and roll.

She carried a mixed bouquet, full of sunflowers and contrasting purple blooms, and from the photos it looks like she was smiling all day!

A big congrats to Kelly and Brandon!

What do you think of the singer's decision to forego the big wedding? Tweet us @SofeminineUK!

#Wedding
From hair ideas to outifts, look no further for your daily inspiration