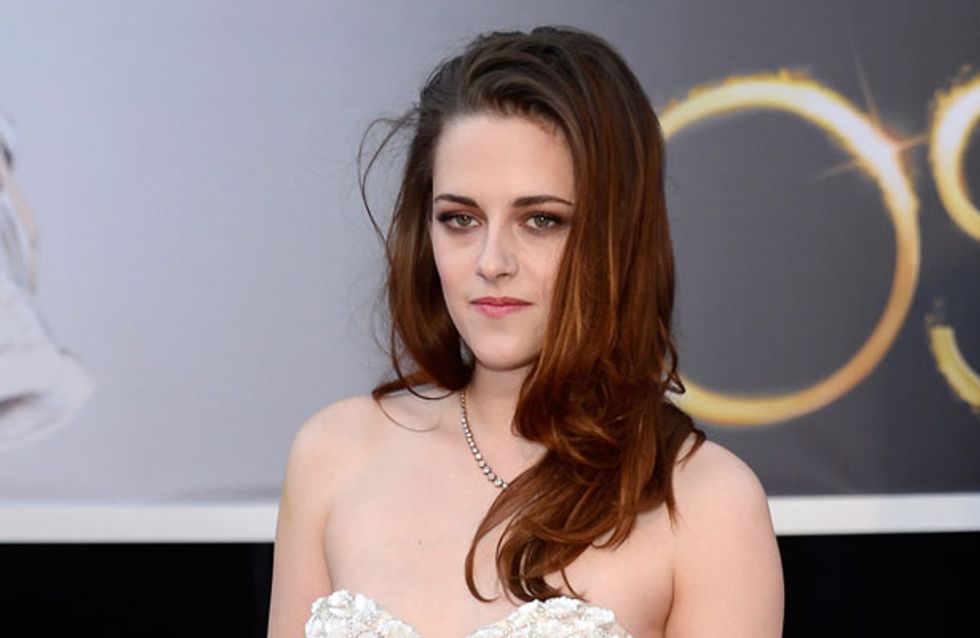 Kristen Stewart has had her fair share of troubles over the last couple of years after her relationship with co-star Robert Pattinson went downhill when she was caught having an affair with director Rupert Sanders. However, it looks like she found a way to cope with the messy situation…through poetry. That’s right people, it’s almost as if we didn’t realise how grouchy she was every time we saw her – she had to convey it through words as well!

Kristen Stewart agreed to allow Marie Claire to publish a poem that she wrote last year following her affair with Rupert Sanders, and if there are any English Literature academics out there we would love an essay on the symbolism, because honestly it makes no sense to us!

Kristen has admitted that she enjoys writing, saying: “I like being able to hit on something, like, ‘There it is.’ I don’t want to sound so f*****g utterly pretentious…but after I write something, I go, ‘Holy f**k, that’s crazy.” 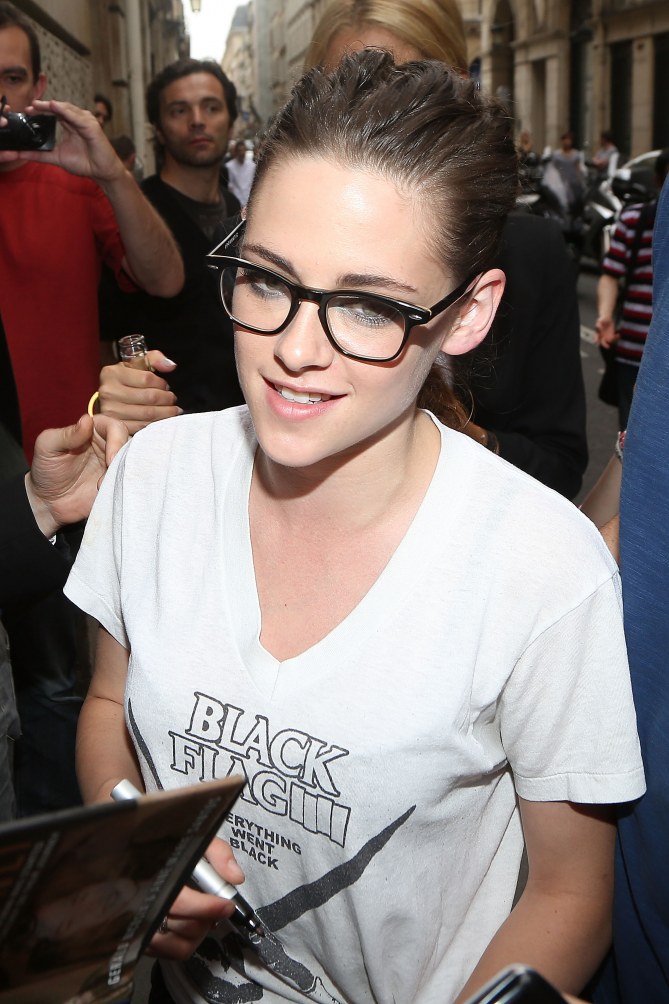 “It’s the same thing with acting: If I do a good scene, I’m always like, ‘Whoa that’s really dope.’”

Right, so basically she’s impressed with her own bizarre poetry, and her acting skills. Fair enough!

Although she is the Sylvia Plath of our age (sarcasm), the 23-year-old never went to university, which she apparently regrets. She said that although she thinks she’s smart, she’s: “definitely not book smart in that way.”

She loves writing poetry though, and before reading it out she called it: “so embarrassing.” Here it is:

My Heart Is A Wiffle Ball/Freedom Pole

I reared digital moonlight
You read its clock, scrawled neon across that black
Kismetly … ubiquitously crest fallen
Thrown down to strafe your foothills
…I’ll suck the bones pretty.
Your nature perforated the abrasive organ pumps
Spray painted everything known to man,
Stream rushed through and all out into
Something Whilst the crackling stare down sun snuck
Through our windows boarded up
He hit your flint face and it sparked.

And I bellowed and you parked
We reached Marfa.
One honest day up on this freedom pole
Devils not done digging
He’s speaking in tongues all along the pan handle
And this pining erosion is getting dust in
My eyes
And I’m drunk on your morsels
And so I look down the line
Your every twitch hand drum salute
Salutes mine …

Right, any ideas anyone? All analysis’s welcome! Tweet us @sofeminineUK