Make It Stop! The Most Cringeworthy Celeb Moments From TV Of All Time 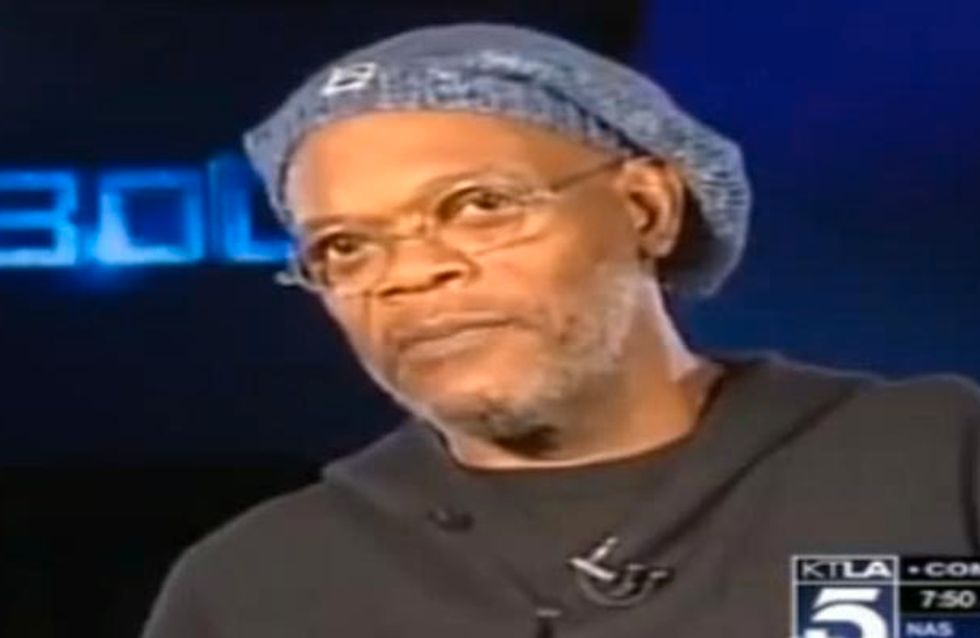 Oh the pain of it all! Sometimes television doesn’t always go as planned. Sometimes celebrities lose who they are for just a moment and make a fool of themselves, or someone somewhere makes a crucial mistake that there is no coming back from. Although these moments are cringe-inducing and often hard to watch – watch them we shall! Get ready to cringe until your insides hurt.

It was a situation pulled straight from a sitcom. The KTLA reporter accidentally mistook Samuel L Jackson with Laurence Fishburne, with Samuel furiously replying: “We don’t all look alike!” Cringe. Cringey cringe.

Russell Brand sits down for an interview with MSNBC’s Morning Joe but the anchor Mika Brzezinski has no idea who he is and is sort of rude and talks about him as if he isn’t there as he tries to speak about serious issues.

Russell responded by absolutely destroying her and the other anchors with words whilst pointing out mass media manipulation.

When Patrick Stewart presents an award, he gives James Corden a stern talking to about his attitude whilst presenting. James Corden responds, apologetic at first, then angry as Patrick continues to insult the actor. Word of warning: do NOT watch if you don’t want to lose all respect for Patrick. There’s some situations so awkward you just can’t come back from them.

Saturday Night Live. Key word. Live. Ashlee Simpson hosted and performed a pre-prepared set. Unfortunately for Ashlee, the wrong tracking came up and the lip-synching was no longer an option. Instead, she began to do a weird, weird barn dance. We wonder if she had an out of body experience at that moment – because it was CRAZY.

A contestant didn’t break down in hysterical tears on ANTM and Tyra DEMANDED to know why, ending in a screaming fit of fury. It was ridiculous.

The wrong winner is announced on Australia’s Next Top Model

Ah, this poor loser. She thought the world was hers. She thought she was the next top model of Oz. Then her hopes were ripped down. What made it worse was that the eventual winner obviously just felt terrible for the other girl. Television at it’s awkward finest.

When a taxi driver was mistaken for an IT expert, he did the best he could and made up a few ambiguous lines to a reporter who carried the conversation along for them. The moment when he realises he is getting away with it is just brilliant.

George Galloway pretends to be a cat

ARGH. What was George Galloway THINKING? Why did he DO THIS?!

Joaquin Phoenix has a bizarre interview

Apparently this was for a movie role, but it didn’t stop it from being extremely weird and awkward. David Letterman did the best he could, and we applaud him for it!

In this famous interview, Meg Ryan is being a complete grouch as Parkinson tries to keep the conversation rolling. It seems that she is giving the short, grumpiest answers possible but Parkinson called her out on it. Oh, yes he did!

What was this?! Holly Willoughby and Philip Schofield interviewed a transgendered person Lauren Harries and a Doctor, and just before they ran out of time Lauren imitated a character from Little Britain to the hosts utter bewilderment.

When Kerry Katona appeared of This Morning, she was slurring her speech and the hosts concernedly asked if she was drunk. Apparently she was simply hopped up on medication. It’s alright everyone! She just couldn’t speak properly because of her meds. Why would you go on a TV show in that condition?! Why!

Was there a video you found hard to watch?! Tweet us @sofeminineUK