Mash Up Posters of Movies We'd Love To See 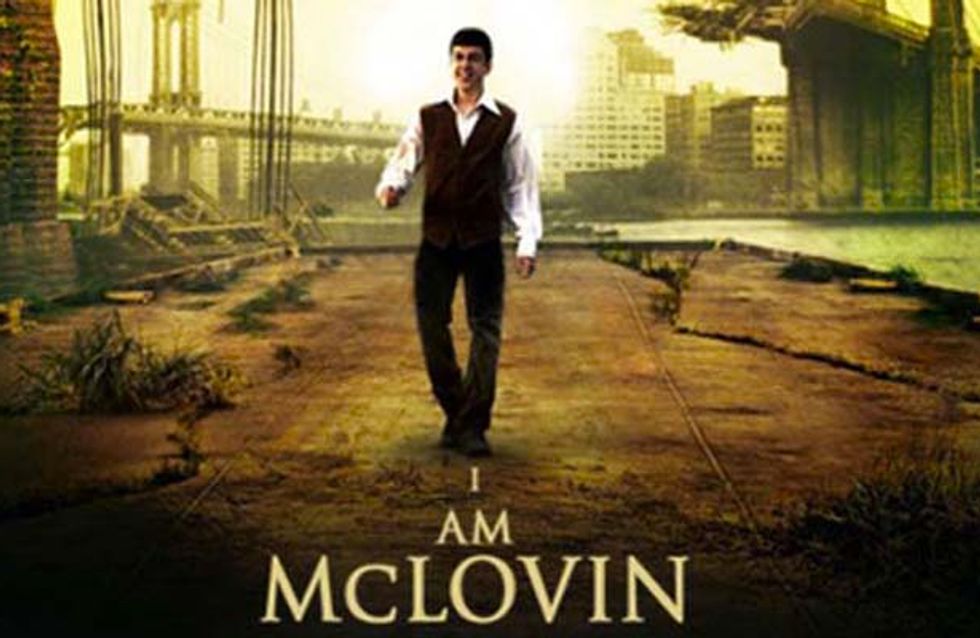 A genius redditor has made some amazing posters of movie mash ups, and the result makes us angry that these movies don't actually exist in real life. From Superbad's McLovin roaming a desolate zombie-riddled earth to Rango donning a ballet dress and tiara, we would like to meet whoever made these so we can shake their hand!

We can't imagine how this plot would formulate, but we would 100% watch this. More than once.

Although Rango was originally a Western movie, its sequel takes on the cruel world of ballet.

Hell yeah! Following Voldemort's demise, Harry, Ron and Hermione do one thing, and one thing only. Killing Death Eaters. You probably heard we ain't in the prisoner-takin' business; we in the killin' Death Eater business. And cousin, business is a-boomin'.

The Aviator meets Up

Who knows what would happen in this, all we know is that we'd pay money to see Carl Fredrickson as the fastest man on the planet.

No Country For Old Men meets Superman: No Country for Superman

Themes of fate, conscience and circumstance are rife in both of these movies, so we reckon they are a great pairing!

Superbad meets I Am Legend: I Am McLovin

Poor McLovin's never going to lose his V card in an apocalyptic wasteland, is he now?!

When weather extremities meet parasitic aliens. We're not sure how suitable this would be for children.

What are some movie mash ups you'd love to see? Tweet us @sofeminineUK