12 Celeb 'Dos That Made Us Say WTF

by Cliche Wynter Published on 1 April 2014 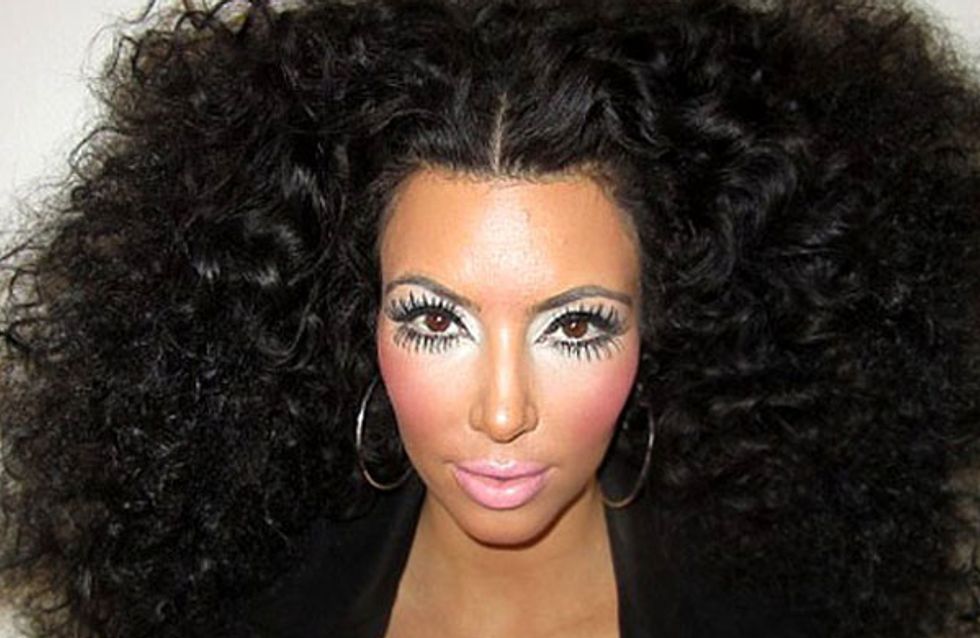 Oh, Nick Cannon! Prior to heading to Good Morning America, the rapper and ex-husband of Mariah Carey turned heads when he uploaded a few images to Instagram of his cheetah print 'do. We're all for experimentation and taking chances, but we're not sure we're loving this crazy style. But he's not the first celeb to rock a dodgy 'do, check out a few more wacky celeb hairdos in our gallery

Nick Cannon sure knows how to keep the world talking! Remember way back when the rapper visited Good Morning America to explain his actions, and used the appearance to debut his new hairstyle? We couldn't forget it either. Before he sat down with the folks of ABC, he shared the above photo along with the caption, "I usually don't do #Selfies but I think my new hairstyle is worth it! #Animal #TheWildLife #IFinallyLostIt #Cheetah #CantCatchMe #TooFast #TryToKeepUp #wppm #Ncredible" Holy hashtags!

Is Nick's hair a bit out there? Sure. But he isn't the only celebrity that's caused a ruckus with bold tresses.

Who could ever forget this?

It's common for women to change their hair color, but when a man does it? It grabs everyone's attention. Chris Brown said goodbye to dark roots and waved hello to platinum blonde tresses in 2011.

Nicki Minaj made quite the entrance at the 2011 MTV Video Music Awards with a wild 'do and crazy outfit. Let's just say, it was a memorable night.

Miley Cyrus transformed from a brunette with long locks, to a blonde with a choppy cut, leaving many people shocked. So long, #MileyBun!

Kanye West prides himself on being one of Hip Hop's most fashionable men. The rapper pushed boundaries when he sported a mullet back in 2009.

Rihanna is an infamous hair chameleon. However, the world couldn't stop talking when the bad gal accepted her icon award at the American Music Awards wearing a wrapped and pinned 'do known as the doobie. The style really isn't a style at all. It's a technique used by salons to ensure hair reserves its bounce and luster after a wash and set.

Beyoncé performs with a wet bob

Beyoncé hit the stage with hubby Jay-Z at the 2014 Grammy Awards sporting a wet bob. Folks were so taken aback by her new hair they started comparing her to a wet dog. Ouch!

Kim Kardashian was in an experimental mood when she tried on a Diana Ross inspired curly 'fro. It's a bold look, that's for sure.

Lady Gaga has had so many memorable hair moments, it was hard for us to choose a standout. But we must say, she really made a stamp in the beauty world when she rocked a hair bow made of...well, hair.

While we're HUGE fans of Jennifer Lawrence, we didn'tinitially love her short cut. It totally reminded us of a hairstyle we'd see our mothers wearing.

There's no way we would leave Rihanna's bold red hue off our list of wacky 'dos. It was unorthodox, but certainly worked for her! Tomato forever!

America
by the editorial team