Original Movie Casting Choices That Could Have Changed EVERYTHING

by Emmy Griffiths Published on 19 March 2014 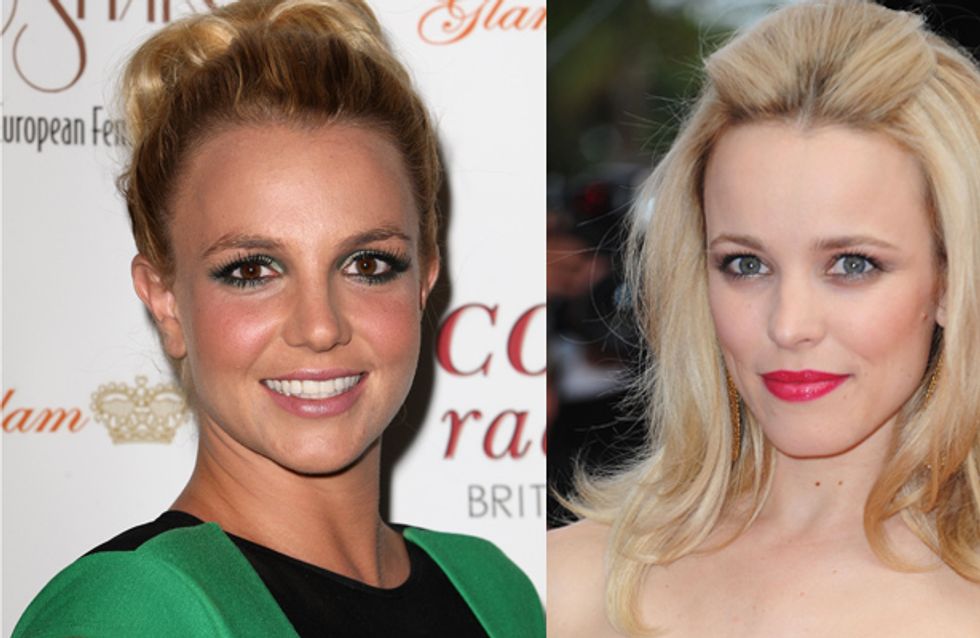 Indiana Jones. Marty McFly. Jack Dawson. These are legendary characters that will be forever fixed in our minds by the actors who portrayed them. So what if things hadn't worked out and another actor landed that crucial role? How different would it be if these actors who auditioned for, and were even offered roles actually followed through and made the movie? Check out these movie might-have-beens...

David Bowie was offered the role of Captain Hook, but turned it down. It’s probably for the best though. We’re not sure how much we’d care for a goblin King pirate. Dustin Hoffman got the part just right.

Jim Carrey was developing the film with Steven Spielberg when both had to drop out due to scheduling commitments. Jim was happy enough to give the role to Ben Stiller, and told talkshow host Larry King: “It was perfect that Ben Stiller did it. When I saw it, I went ‘that’s the way it’s supposed to be done.”

Will Smith – The Matrix

Will Smith turned down the role of Neo in The Matrix in order to make Wild Wild West (snigger), but he has since said that he didn’t think he was “mature enough as an actor” and that he “would have messed it up”. Is it just us, or would The Matrix have been even more amazing with Will Smith as the lead?! JUST LOOK AT HIM.

Edward Norton was offered the role of Patrick Bateman but he inexplicably turned down the role. We think he’d have been amazing as the slick psychopath, but Christian Bale definitely made it his own.

George Clooney was considered for the role of the surly superhero before it eventually went to Will Smith. We’re guessing this would have made the film seriously different (though that might not necessarily be a bad thing!)

Robin Williams would have brought a completely different angle on the role of Jack Torrance from The Shining, and since Jack Nicholson adlibbed line: “Here’s Jonny!”, we would never have had the iconic line.

Molly Ringwald (the redhead from The Breakfast Club) was offered the role of Vivian which eventually went to Julia Roberts. She also turned down Demi Moore’s role in Ghost. Was she CRAZY?!

Tom Selleck was meant to be playing Indiana Jones, but opted out to do Magnum P.I. instead. He said: “I go to Hawaii to start Magnum, the actors go on strike, and I had given my deposit to a landlady and I couldn’t afford a security deposit. So I start working as a handy man, in Hawaii, with no job. And guess who comes to Hawaii to finish their movie? Raiders of the Lost Ark. So I could’ve done both.”

Studios wanted Matthew McConaughey to play Jack, but James Cameron was adamant on Leonardo DiCaprio for the role. Not that we don’t love Matthew, but we’ll never be able to thank James enough for giving us a crucial nineties crush in Jack!

John Travolta turned down the role of the slow-witted yet endearing Forrest, and said afterwards that passing the role was a mistake. We’re sort of glad he did though. Tom Hanks 4eva.

Tom Cruise was on board to play the billionaire Tony Stark before dropping out because in his opinion, the script wasn’t anything special. He said: “It has to be done in a way that I know it’s gonna be something special. And as it was lining up, it just didn’t feel to me like it was gonna work.” Ever mind, we got Robert Downey Jnr instead and for that we are forever thankful. See you in Iron Man 4 and the Avengers 2 Rob!

Ok not a movie, but this one still deserves a mention. Matthew Broderick was given the script to see if Breaking Bad was something he might be interested in. He was never offered the part though, thank God. Can you imagine anyone but Bryan Cranston in that role? No. No you can’t.

Apparently funny man Vince Vaughn was offered the lead role in Donnie Darko, but turned it down since he thought he was too old for the part, being in his early 30s at the time. The role went to 19-year-old Jake Gyllenhaal instead, and we’re not complaining!

Robin Williams said that he had a few ideas of who he could play in Harry Potter, and Warner Brothers wanted him to play Hagrid. J.K. Rowling shot his dreams swiftly down as she had final approval over the cast and axed the idea, preferring British actors. Good old JK! We suppose Williams is hairy enough to play Hagrid, but Robbie Coltrane was too perfect for anyone else to be considered!

Britney Spears was a final choice to play Allie in The Notebook. Thank heavens it eventually went to Rachel McAdams. Ryan Gosling and Britney Spears would not have been cool.

The Lord of the Rings – Stuart Townsend

Probably the most epic role of all time was given (then taken away) from Stuart Townsend. He was fired a day before filming and replaced by Viggo Mortensen. According to Townsend: “I was there rehearsing and training for two months, then was fired the day before filming began…I have no good feelings for those people in charge, I really don't. The director wanted me and then apparently thought better of it because he really wanted someone 20 years older than me and completely different.”

We feel for the guy, but Viggo was spot on for the part. Director had a point.

Johnny Depp – Back to the Future

Johnny Depp auditioned for the role of Marty McFly, but apparently his audition was totally forgettable. The writer/producer Bob Gale said: “I looked through the notes and I said ‘geez, I don’t even remember that we read Johnny Depp!’ So whatever he did, it wasn’t all that memorable, I guess!”

Do you think any of these actors would have been better suited to the roles? Tweet us @sofeminineUK