Our Favourite Cringey Moments from Girls 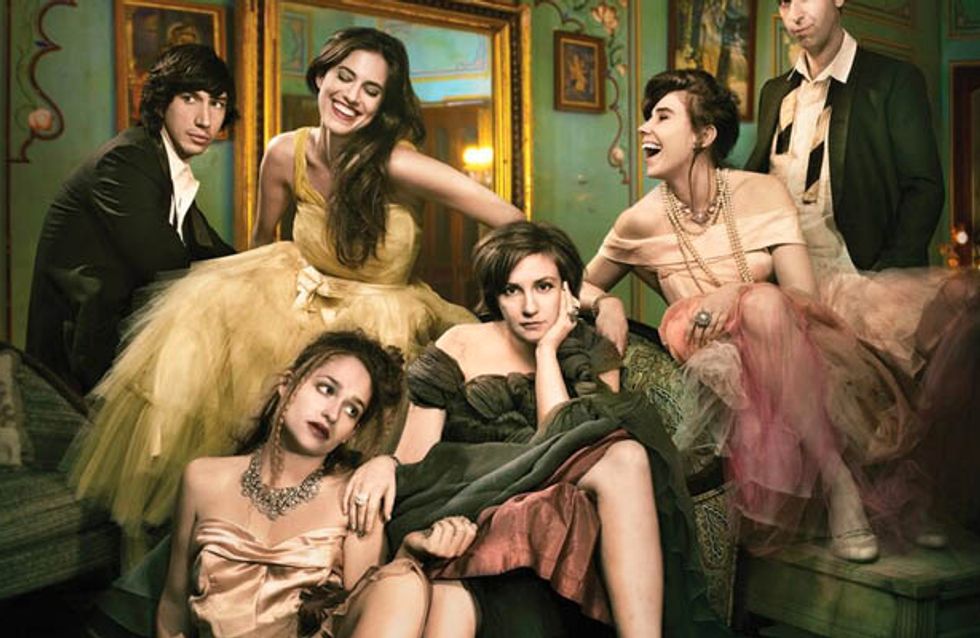 Girls is back for its third season on Sky Atlantic, and we are loving that Hannah, Jessa, Marnie and Shosanna are back on our screens to make major romance blunders, break friendships and land themselves in painfully cringey situations to make us squirm. So in honour of the show that has no scruples in portraying a realistic look at women in their twenties (Sex and the City, you have no place here), let’s check out the top cringiest moments from Girls.

Make it STOP. This is so horrendously cringey that we couldn’t help but pause it after 18 seconds.

Marnie’s determination to win back her ex-boyfriend Charlie, along with her new aspiration of becoming a singer, ends in her performing this ridiculously cringey acoustic version of Stronger by Kanye West at his party. It’s painful to watch.

This is so horrible. Hannah is having a lovely shower until her extremely creepy boyfriend hops in with her and starts peeing on her. He finds it funny whilst Hannah reacts how everyone must react – by absolutely screaming at him. Whilst we’re on the subject, what’s everyone’s opinion on Adam? Spooky, right?

Hannah in a string vest

Hannah and her on-and-off friend and ex Elijah decide to do some coke and go out so Hannah can write an article about it. She ends up swapping her shirt and has her chest on show for pretty much the entire episode.

As Lena Dunham put it during the Graham Norton show: “The reality of having my nipples out for the entire episode – by the end it was normal. If my breasts hadn’t already lost all their power, it was just gone.”

Shosanna is adorable as the naïve member of the Girls gang. When she attends a warehouse party with her cousin, she accidentally smokes crack. Her reaction, which is essentially: “Oh my God don’t tell my mum”, is exactly how we think we’d react to the situation. Oh yeah, she somehow loses her skirt as well.

Jessa and Thomas get married

In a totally bizarre move, Jessa invites her friends to a strange party telling them to dress up. Turns out it’s her wedding day after having known the creepy businessman Thomas for five minutes (and hating him at first), leaving the neurotic Shosanna furious because she wore white, and the other girls utterly bemused. "Your dreams are not what you thought they’d be!”

Okay, so Jessa doesn’t want to be in rehab, and ends up being totally terrible to everyone who is moaning about their lives, mainly because she finds it really, really funny. Fair enough!

“I want you to know this exploration was very much inspired by you.” Wow. Could this be the worst thing he could ever say?! No. He always admitted that there was a “handsomeness” to Hannah that made it easier for him to sleep with her. Facepalm.

Marnie and Elijah sleep together

Marnie and the very gay Elijah are flirting away, then the two of them end up having quick, and awkward, awkward sex. This show never shies away from showing these things, not that we ever wanted to see this happen!

Adam on the road trip

Adam basically lives every guy's worst nightmare when he goes on a girly road trip in order to fetch Jessa from rehab. It’s hilarious to watch the girls slowly wind him up with their girlish chatter (and singing), especially when you find out they didn’t even need to go in the first place.

Charlie finds out about Marnie’s waning feelings to him by reading Hannah’s diary who expressively documents them. He then plays a gig with a song labelled “Hannah’s Diary”. You can imagine. It’s so awkward.

Which moment do you think is the cringiest? Tweet us @sofeminineUK