by Emmy Griffiths Published on 23 November 2013 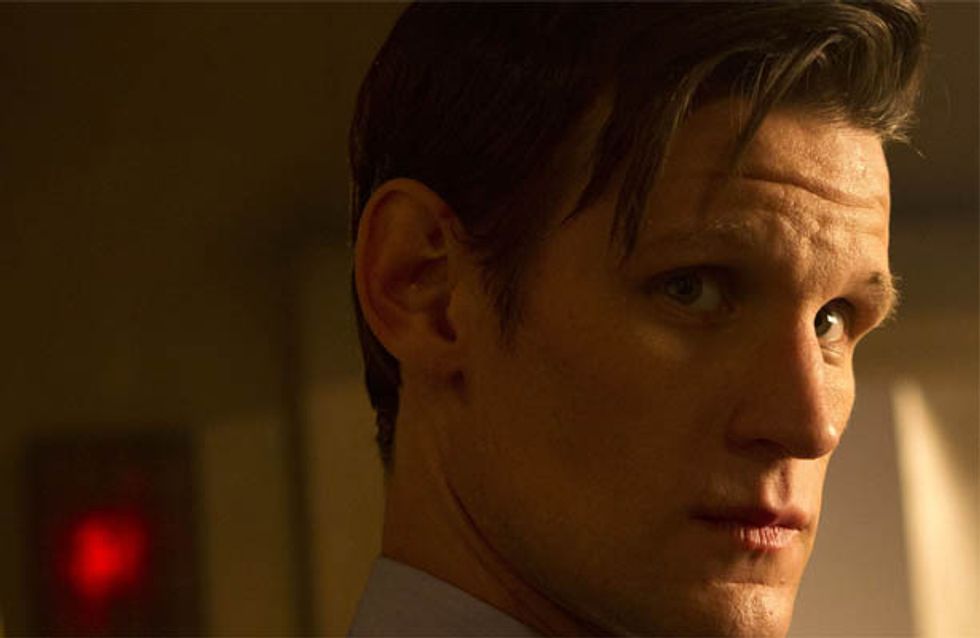 Taking over the role of the Doctor Who from David Tennant back in 2010, Matt Smith won over the sceptical raised eyebrows of Whovians everywhere with his quirky ways. Now we are celebrating Doctor Who’s 50th Anniversary, and it’s fair to say that the fans are incredibly fond of him. So in celebration of him being Doctor in the series biggest landmark to date, let’s take a look back at his best moments!

We watched the first five minutes of Matt Smith’s regeneration with a sceptical eye, all very much still feeling David Tennant’s final line: “I don’t want to go” and wanting to hate the new puppy we were saddled with after our faithful old dog had its day.

However, when he began cheerily dunking fish fingers into custards, our icy resolve began to melt. Now it’s an absolute classic, to the point where Greggs are introducing a fish fingers and custard pot (though we really, really hope this is just a joke.)

Matt Smith to make a cameo in the new Doctor Who series
After Matt Smith’s Doctor died and regenerated into Peter Capaldi in last year’s Christmas Special, we thought it would be the last time we heard from Matt in Doctor Who. Right? Wrong! It sounds too implausible to be true, and yet, this is science fiction ladies and gentlemen, and in the wibbly wobbly timey wimey world of Doctor Who, anything can happen. Matt Smith will be making a cameo to say goodbye…again.
Loading...

Okay, yes we like him! The new raggedy doctor already has an interesting new companion, is ridiculously sarcastic and rude, and is still not ginger. However, he still hasn’t quite mastered being cool (in spite of his bow tie) and his phrases could do with some serious work, namely shouting ‘who da man?’ after defeating Prisoner Zero.

8. “Your girlfriend tried to kiss me.” – Season 5 episode 6 - Vampires in Venice

The Doctor whisks the girl who waited, Amy Pond, away on some fabulous new adventures, not quite realising that he has taken her away the day before her wedding.

So when Amy is saved from a near-death experience from the Doctor and decides to try making out with him, the Doctor feels like he should really go crash her fiancé Rory’s bachelor party, break out of his cake and tell him he kissed the woman he loves. And it’s hilarious.

7. The Doctor goes to America – Season 6 episode 1 – The Impossible Astronaut

With Matt Smith, Doctor Who really took off in America, so perhaps the writers felt it was their duty to take a break from modern day London that was becoming quite the alien magnet and move it stateside.

The Doctor ruffles some Oval Office feathers by demanding jammy dodgers and a fez, and a good time is had by all.

6. The Doctor’s bromance with James Corden – Series 5 episode 11 – The Lodger

This is one of those funny, filler episodes that add nothing to the storyline.

Instead, we are hit with the classic humour of what would happen if the Doctor became your flatmate, played footy with you and hooked you up with your girlfriend.

5. "Take mine. Take my memories. I hope you’ve got a big appetite" – Season 7 episode 7 – The Rings of Akhenaten

The episode was terrible, but this speech was so great.

The Doctor began to list everything he had seen and done as his memories begin to be consumed for the good of the planet by that weird sunshine parasite thing and it dawns on the audience just how much he has seen and done and the effect it has had on him. We’re going to stop now before we geek out too much!

4. The Doctor and River Song – Ongoing

There are so many fans that agree with us; their love story is one of the best things about Matt Smith’s reign. We wish you good luck on finding a video of the couple that isn’t a musical montage of their relationship!

At first the Doctor had only met her once before in his tenth incarnation (oh hey David) and she knew everything there was to know about him. But as two time travellers, their paths cross time and time again at different points, and we all find out exactly who she is and what their relationship means. Their wedding was a sofeminine highlight!

3. There’s one thing you never ever put in a trap – Season 5 episode 5, Flesh and Stone

ARGH. As if bringing back the weeping angels wasn’t enough, this speech was just amazing!

Amy’s been kidnapped for the last nine months and has given birth to a baby that was then kidnapped from her. The Doctor jumps in to save the day, and tells the Colonel in charge of it all, exactly what happens to people that try to mess with him and his friends. It’s awesome.

The lights, the microphone, the Romans. It is purely epic!

This is the moment the Doctor fended off not one, not two, but every single one of his adversaries from the past and basically told them to come and have a go if they dare. Of the many, many speeches of Matt Smith, this has got to be the best!

So what do you think? Did you favourite moment make the cut? Tweet us @SofeminineUK